The washing machine switches to the spin cycle while the incessant vacuuming continues. Outside someone is mowing the lawn. From the shopping Mall below, a scream of car hooters cut the air and then an alarm begins to wail…

From a young age Robyn Penn has romanticised the landscape, deeply influenced by German Romantic landscape painter, Caspar Friedrich. Her work navigates dialectic between spaces that are fractured and the sublime; the image before our eyes and all that it suggests. She describes her work as a product of “the madness of the space [she] works in,” a small home studio in an apartment where she is surrounded by the constant interruptions of domesticity and the streets below. Clouds appear as her subject matter and as metaphor for the distractions she negotiates daily. “They’re clouds which have been added to the landscape,” she explains referencing Muybridge who used photographic techniques to add clouds to the sky of his landscapes. There is an emphasis on process in Penn’s finely detailed, yet expansive views; and an obsession with multiple images. She nurtures a deep irony in the beautiful rendering of perhaps the most horrific moment in human history, the dropping of the atomic bombs that extends into the works titles.

Robyn Penn lives and works in Johannesburg as a fine artist. She has an honours degree in Fine arts from Canterbury University, New Zealand and also spent one year training in Fine Arts at The University of the Witwatersrand. Penn also read for a BA in Psychology from Wits University. She later relocated from New Zealand to London where she painted and developed drawing classes before returning to South Africa again in 2000. Her earliest works were miniature paintings. This progressed to painting on paper in oil and naturally moved towards printmaking. Working on paper seemed to inspire new ideas for her and it solved the issue of having to work in a small studio. As an artist with an interest in neuropsychology, her expansive sky-scapes and endless ocean-scapes depicted on a very small scale present a fascinating dynamic.

When Penn was studying in New Zealand she was living on the South Island. Circumstance made it necessary for her to move to the North Island, but because she was still studying she had to travel to the South Island every month for a week to present her course work. The experience of flying so frequently and constantly seeing the clouds and landscapes from a far informed a lot of her university work. Eventually she resorted to posting her artworks, she took the postcard-sized canvas boards and would stick the stamp directly onto the artworks sending them with nothing else but the address on the back. Her first paintings on her return to South Africa were of postcard skies and landscape.

Please join us for the opening exhibition of Pretty World, a selection of prints and paintings created by Robyn Penn over the last year. The exhibition is comprised of an unusual combination of large and small artworks depicting clouds and atom bomb explosions. 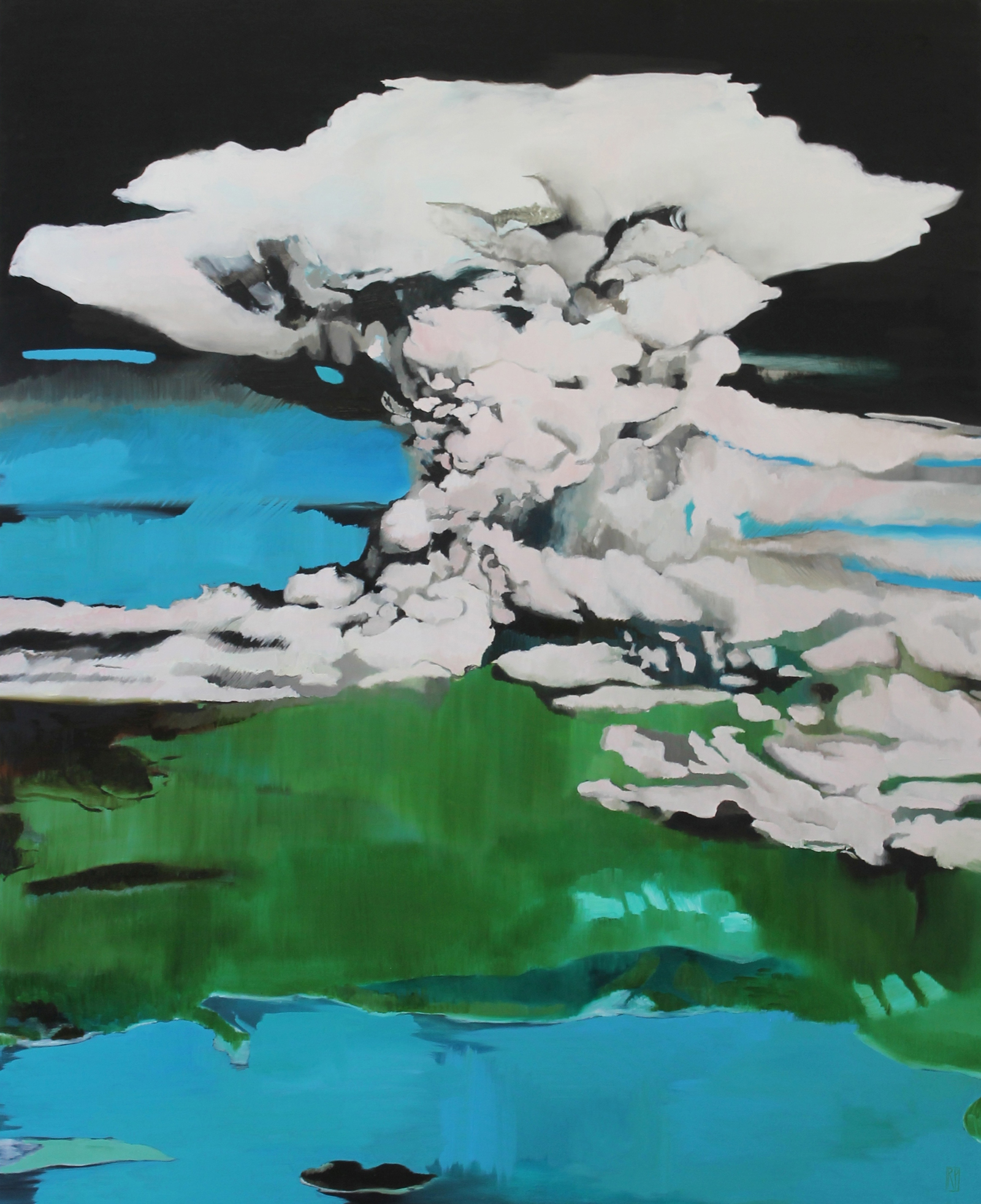 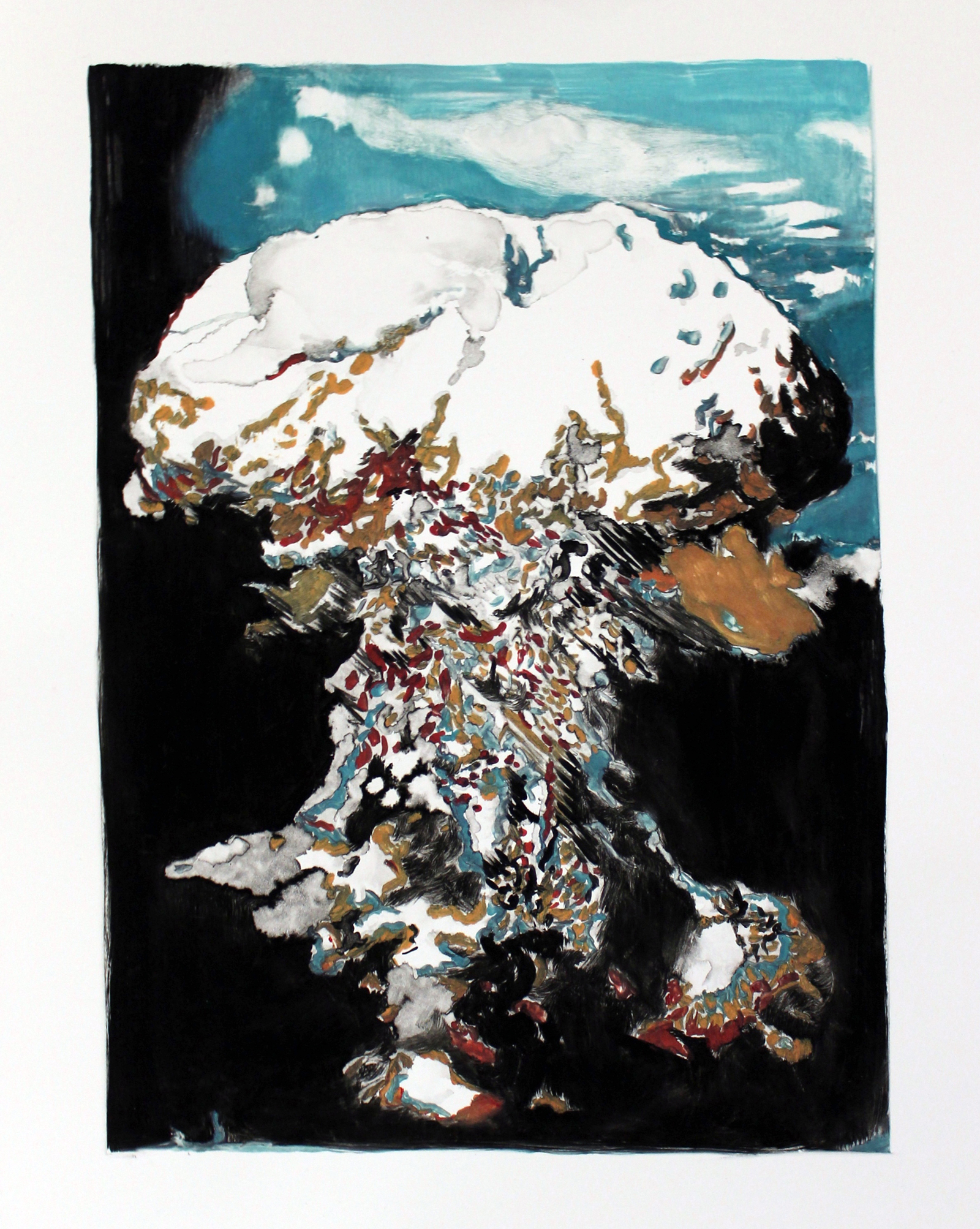 How Beautiful are these Days I 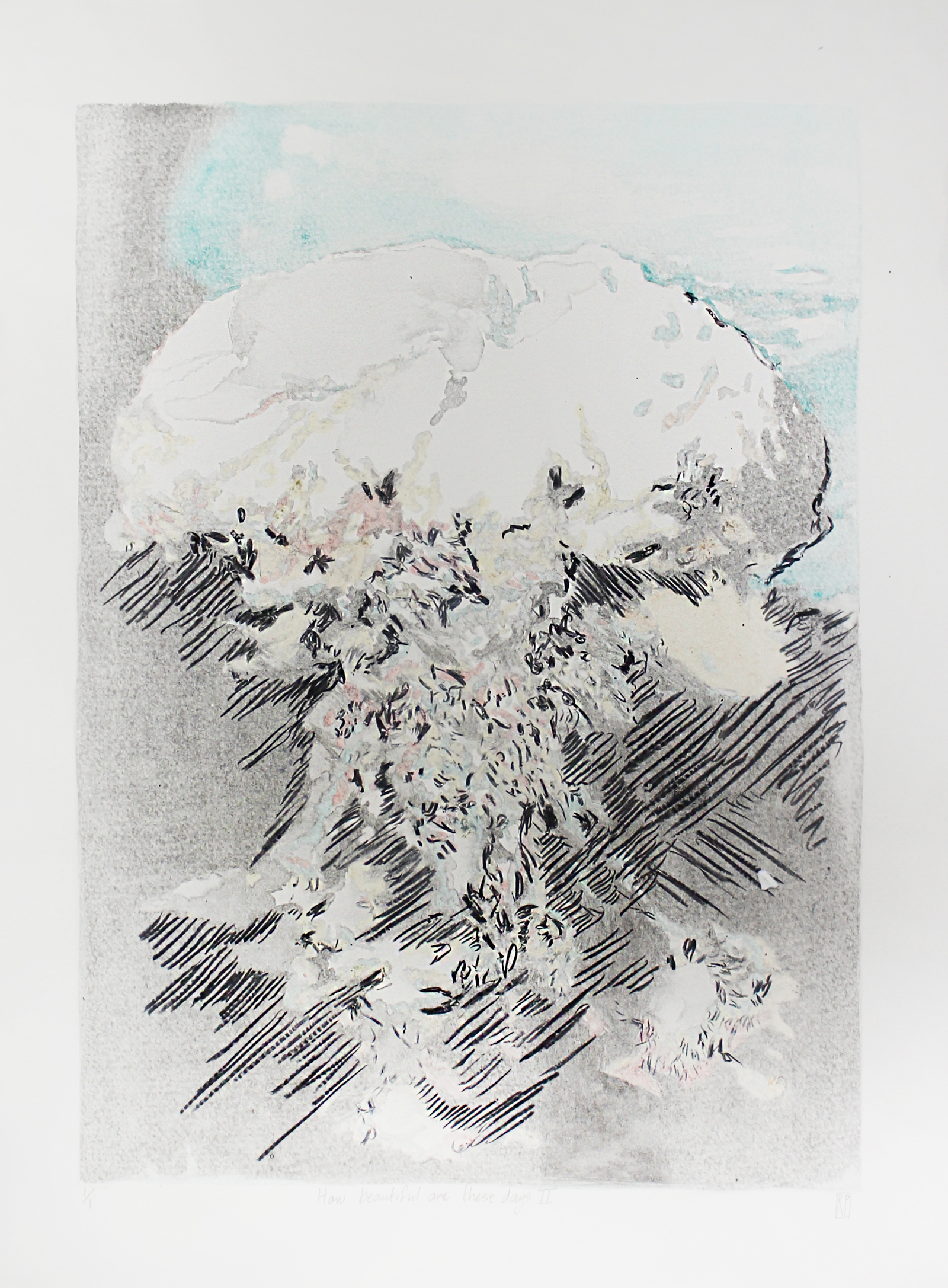 How Beautiful are these Days II

How Beautiful are these Days III 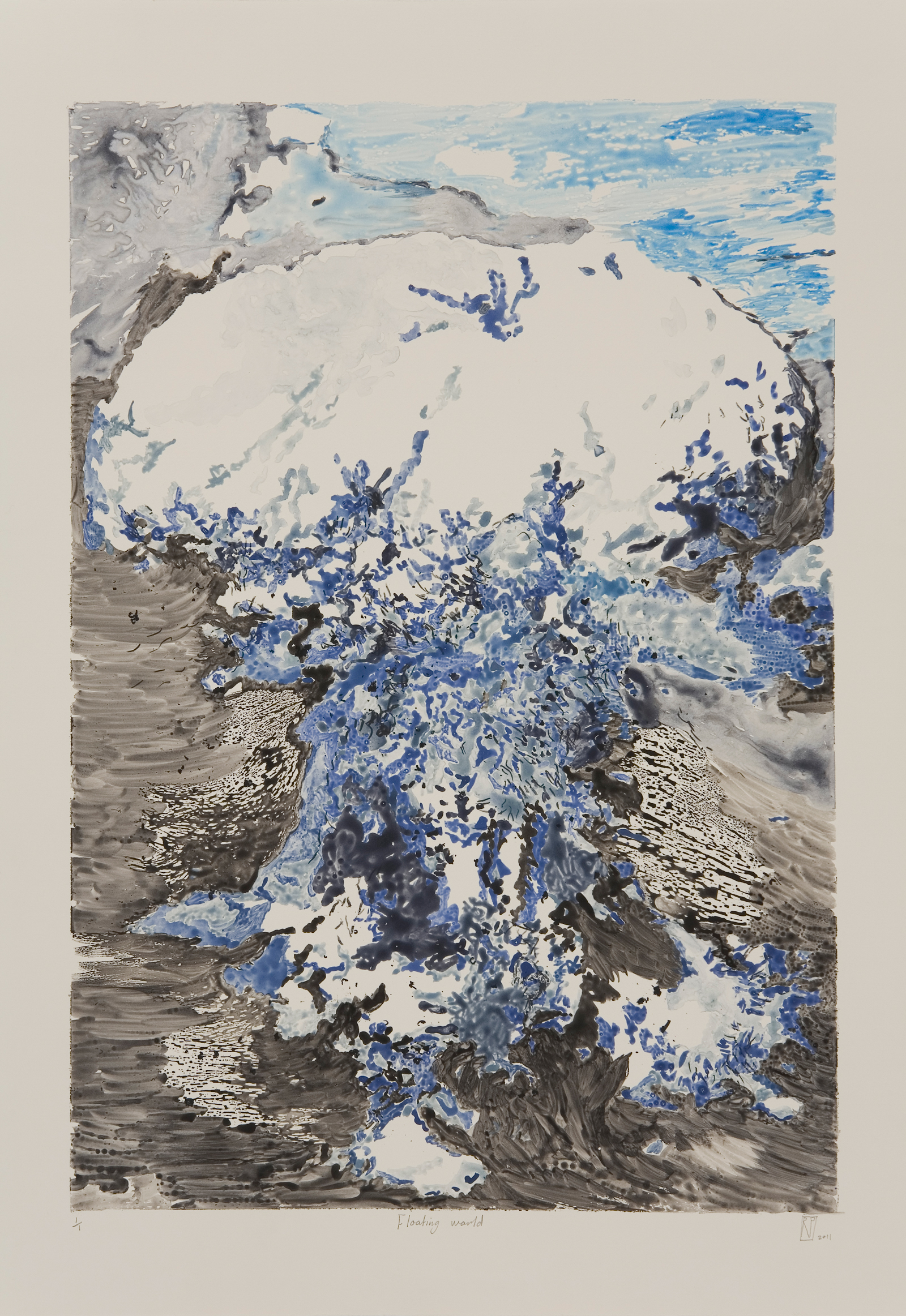 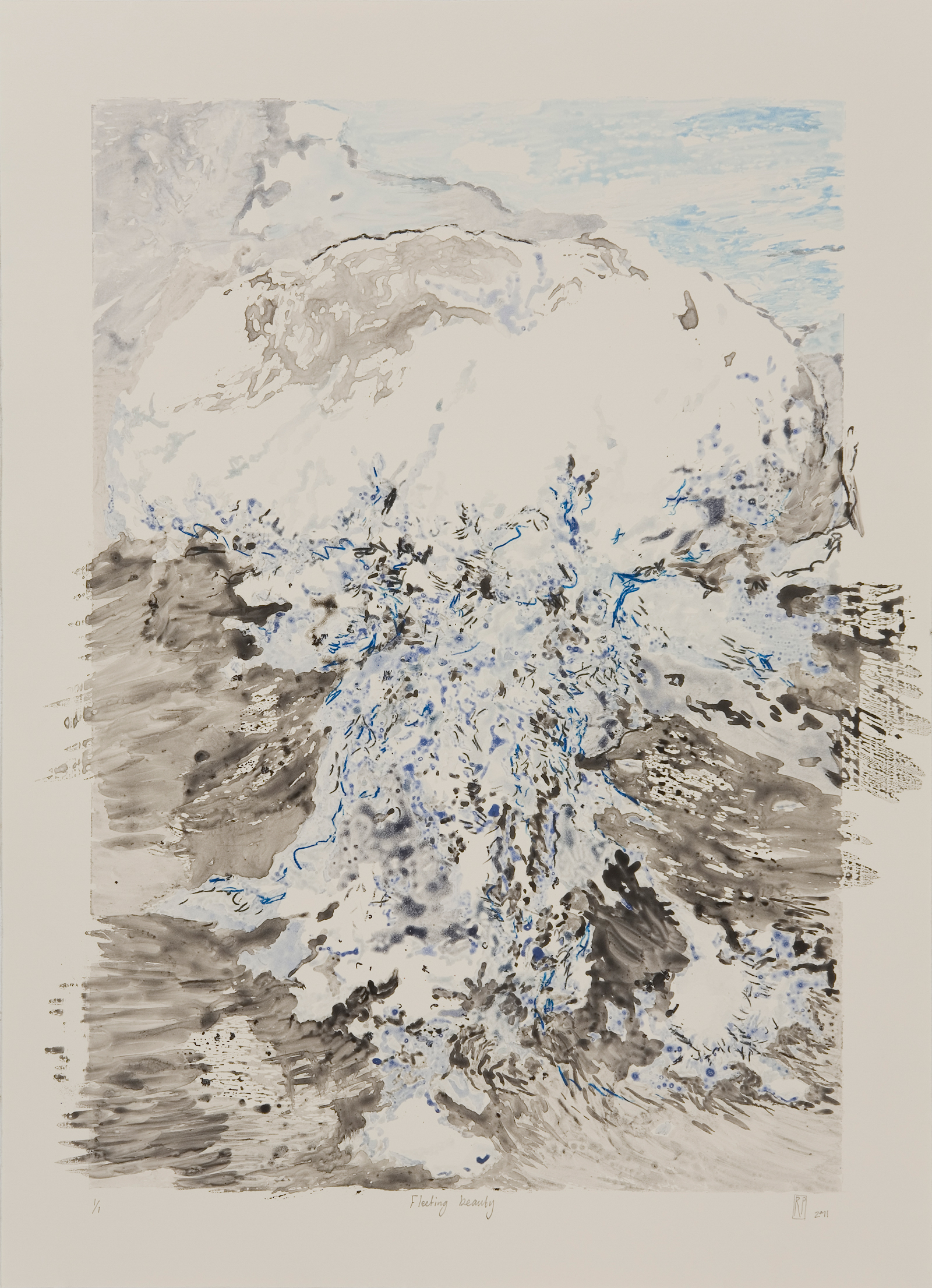 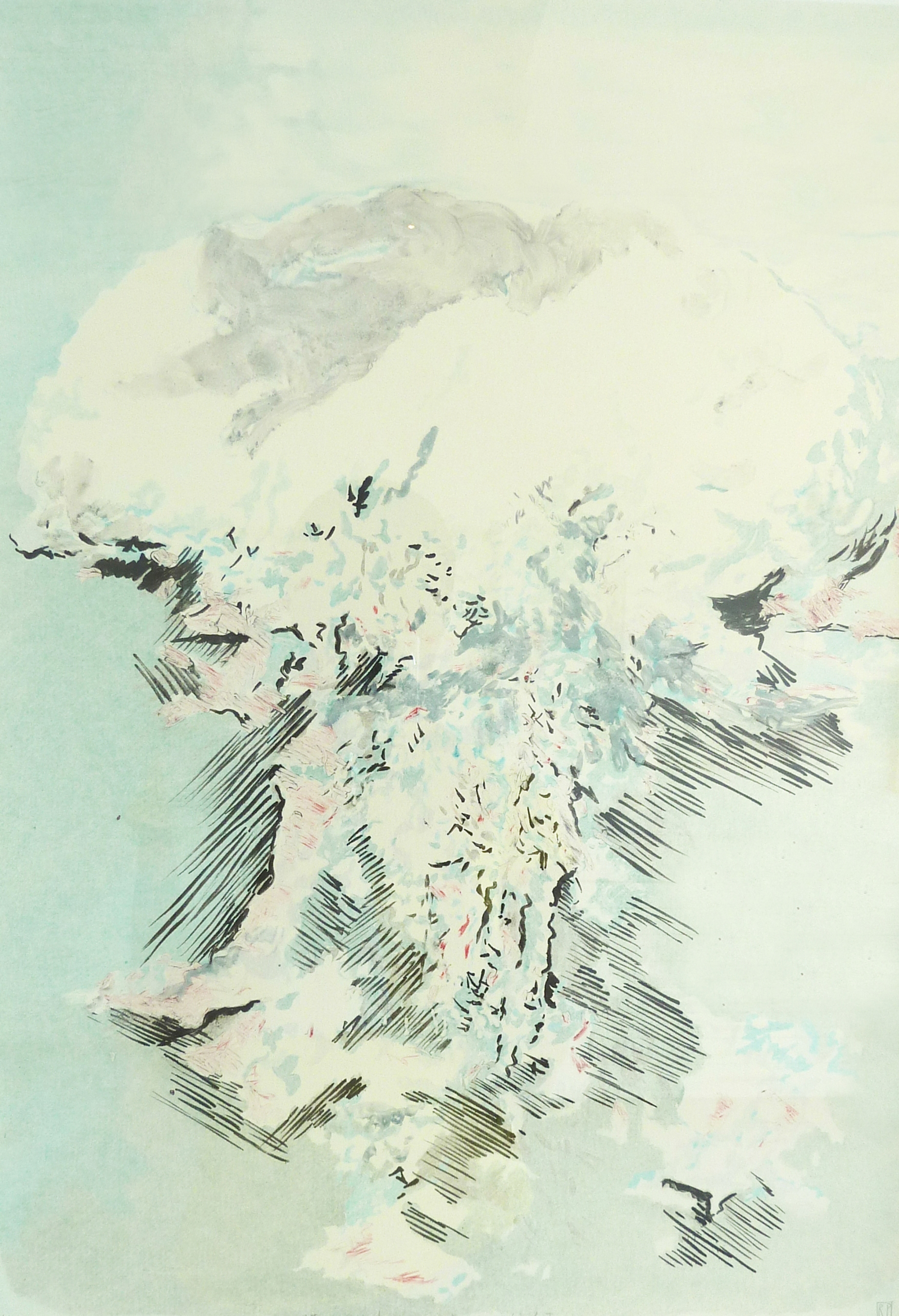 The Sleep of Reason Produces Monsters I 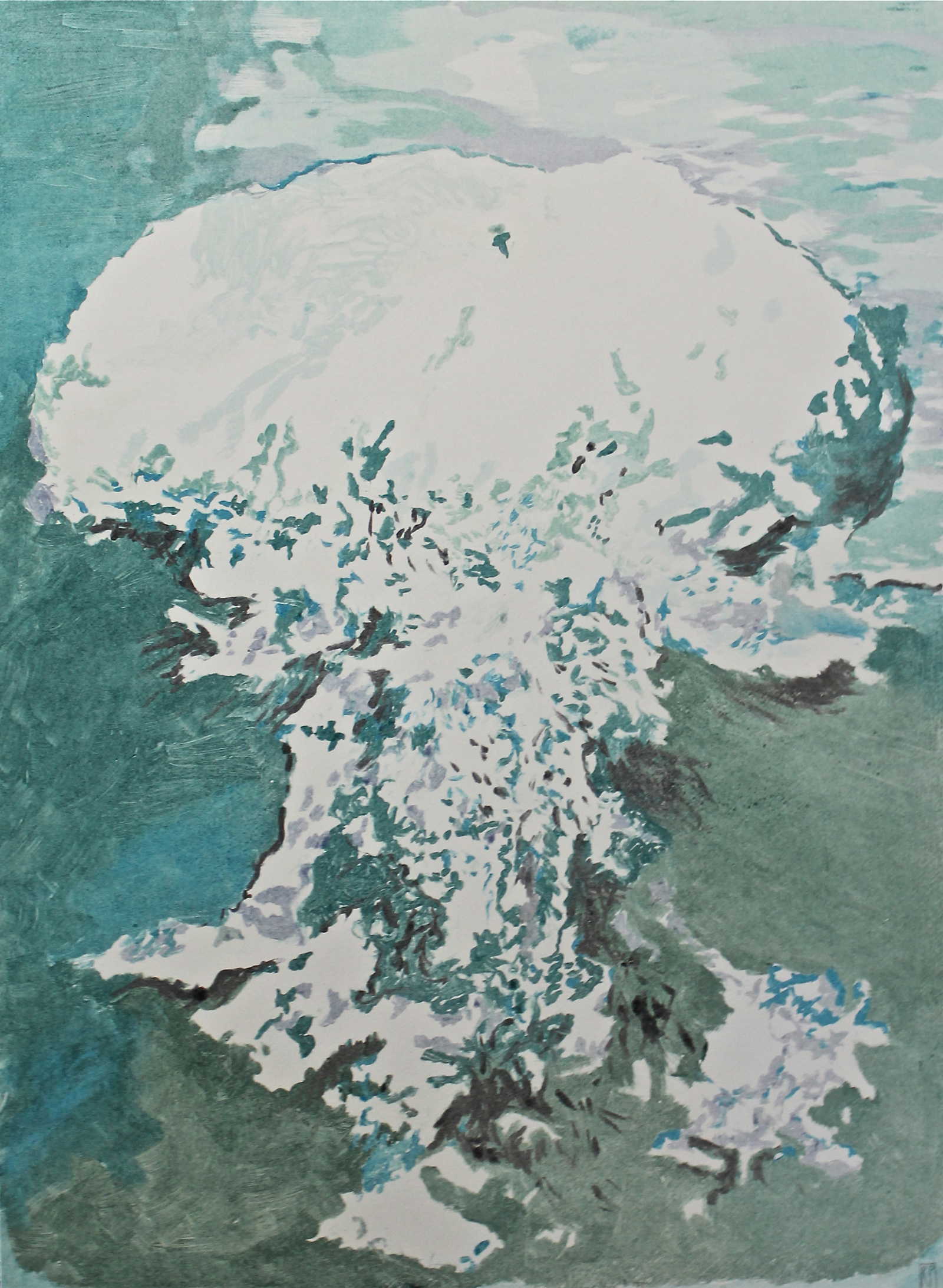 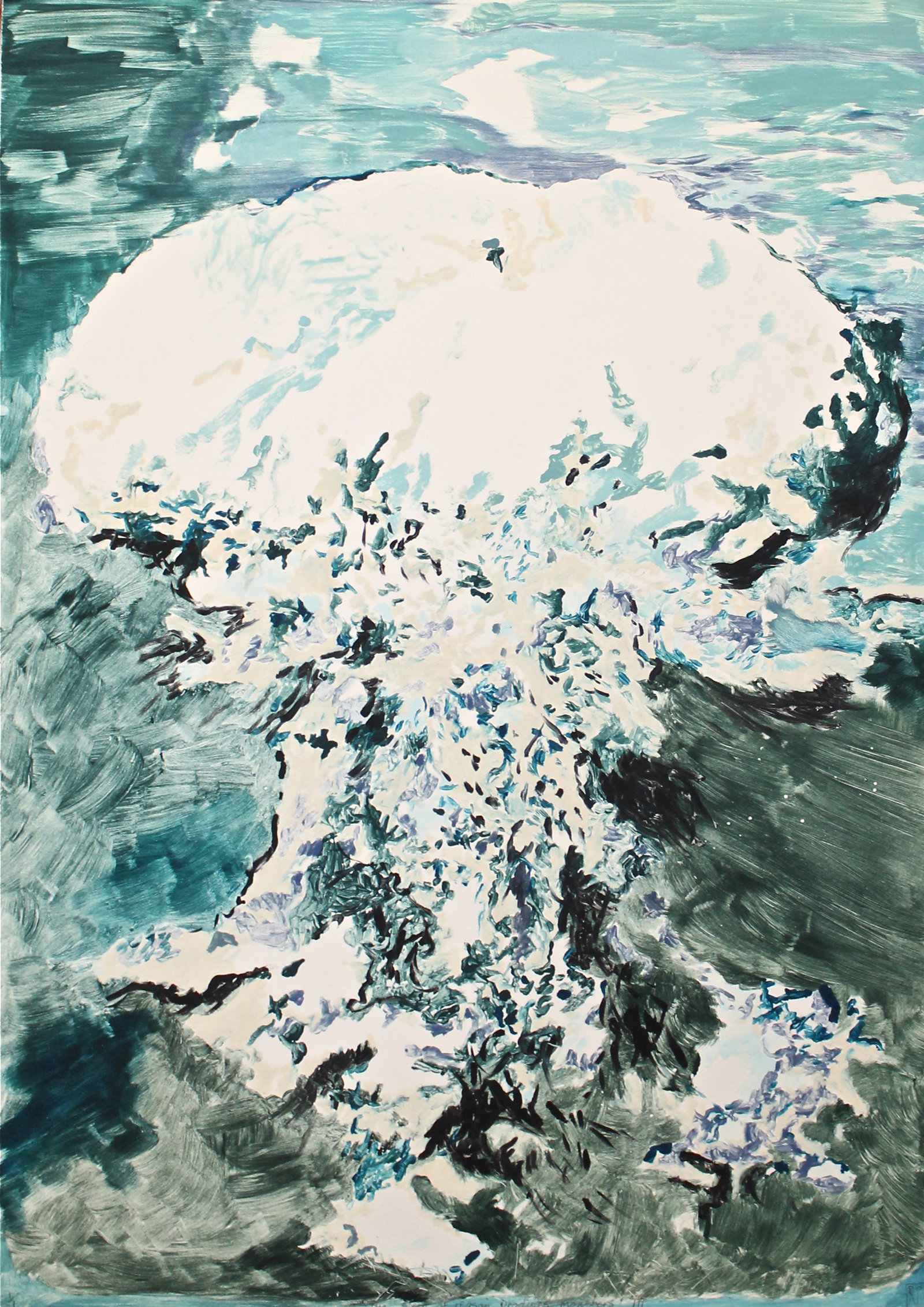 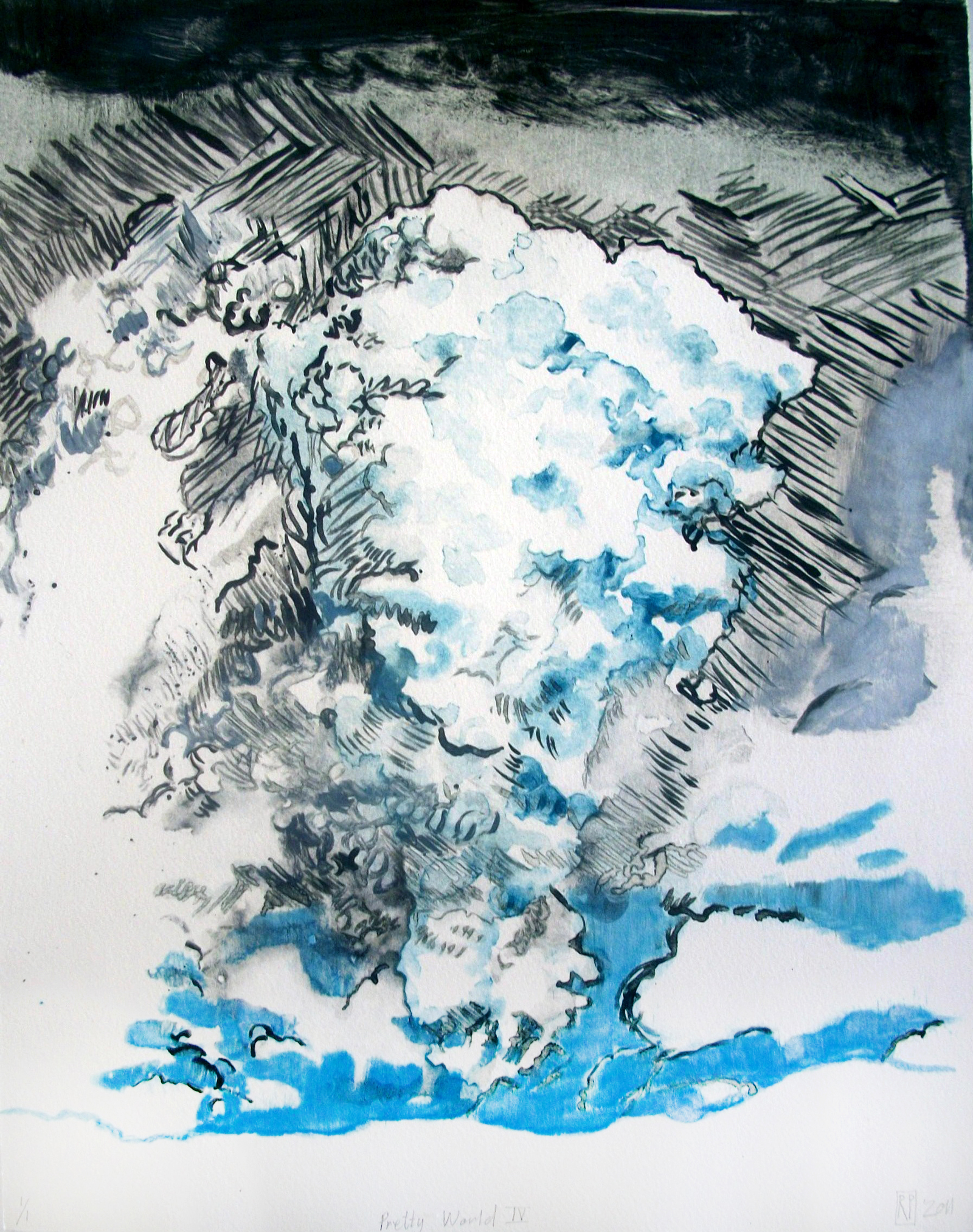 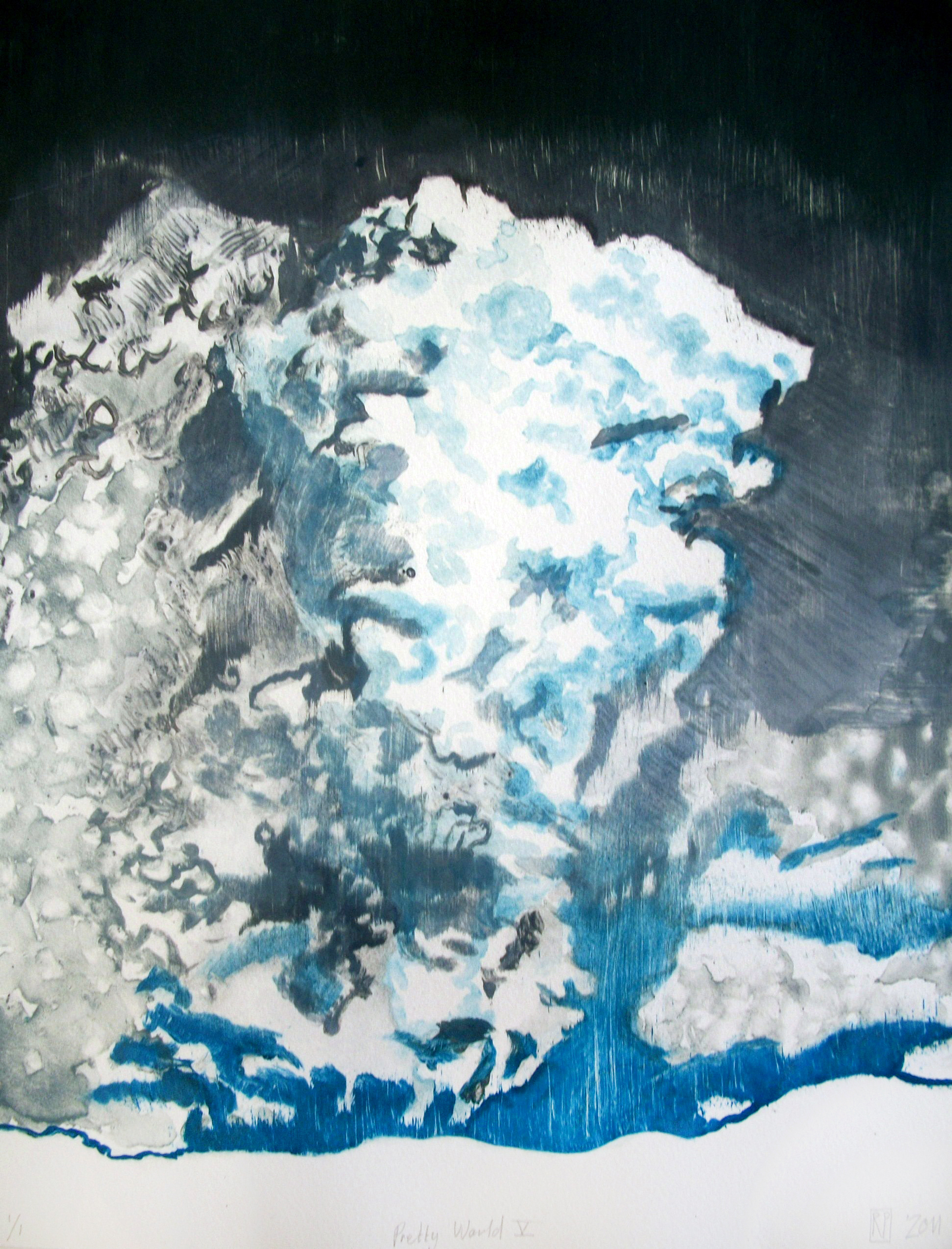 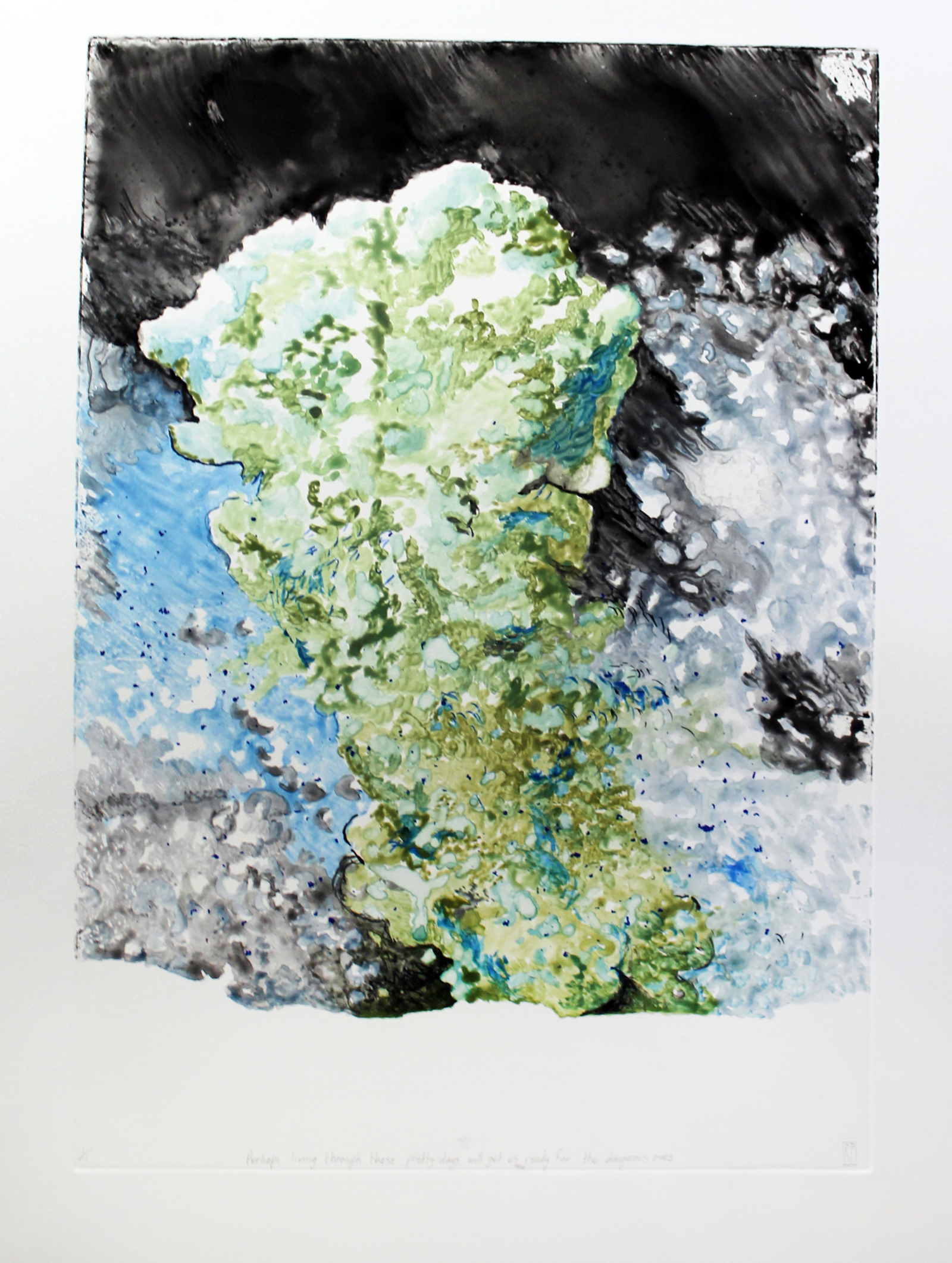 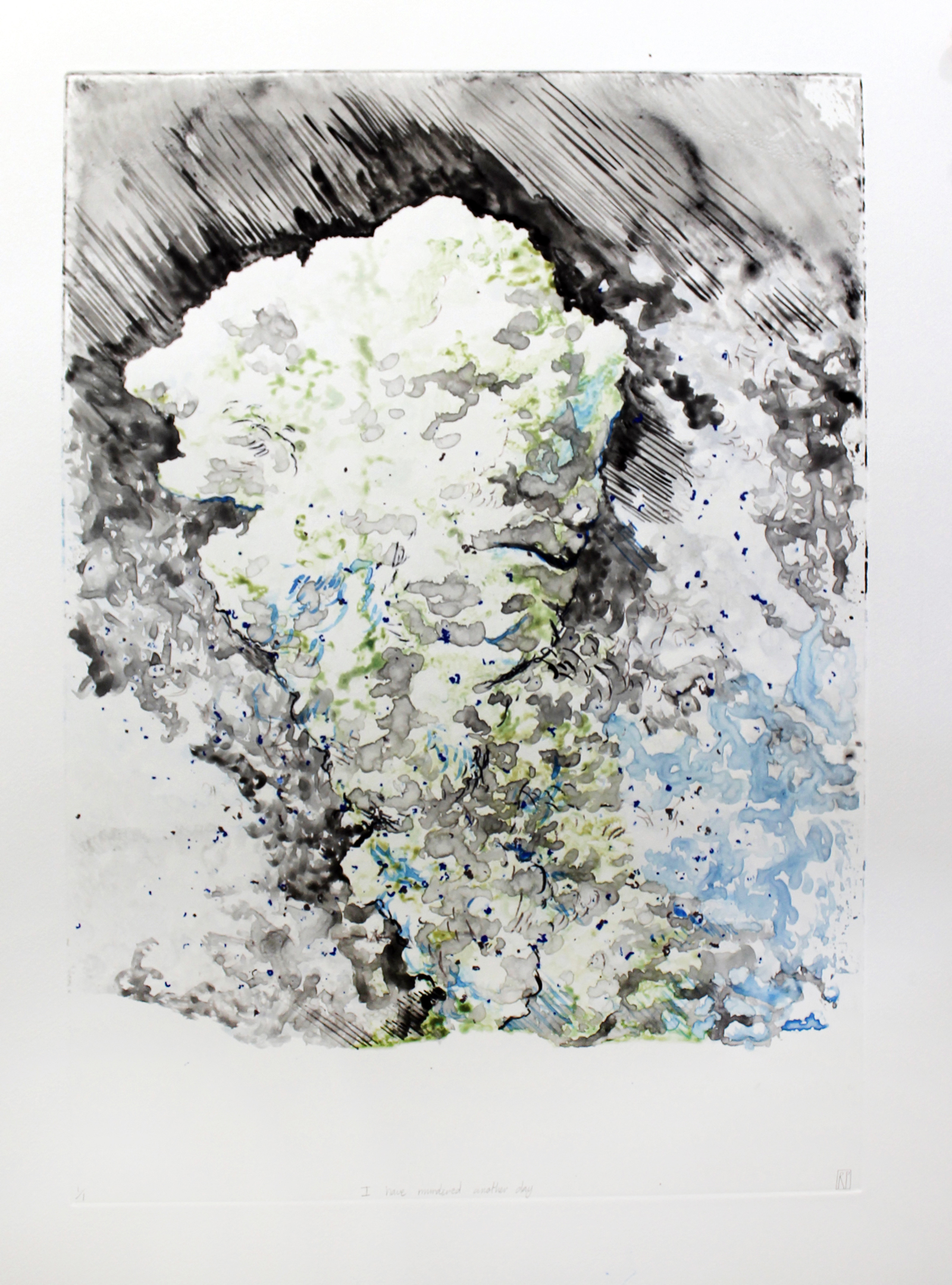 I Have Murdered Another Day 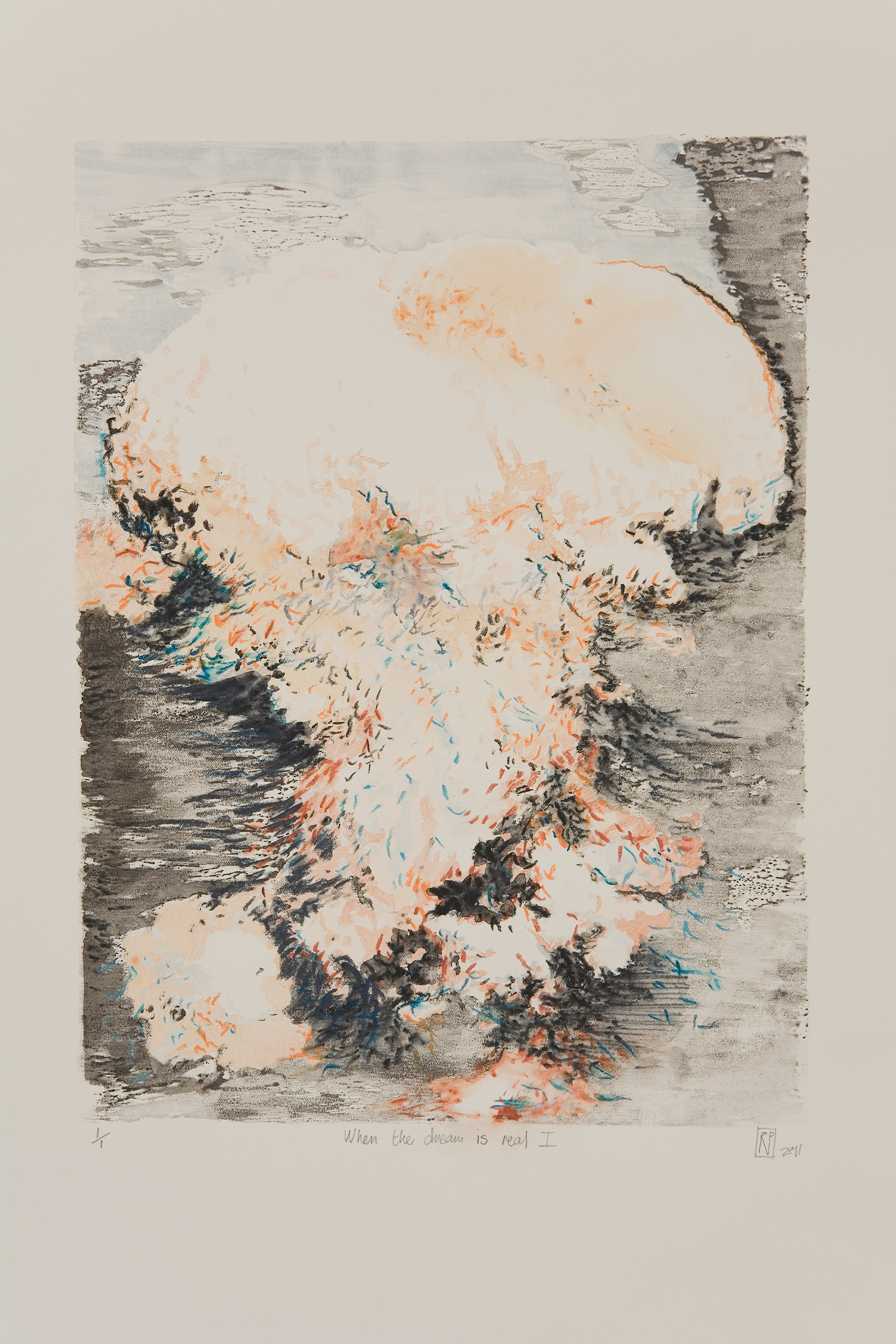 When the Dream is Real I 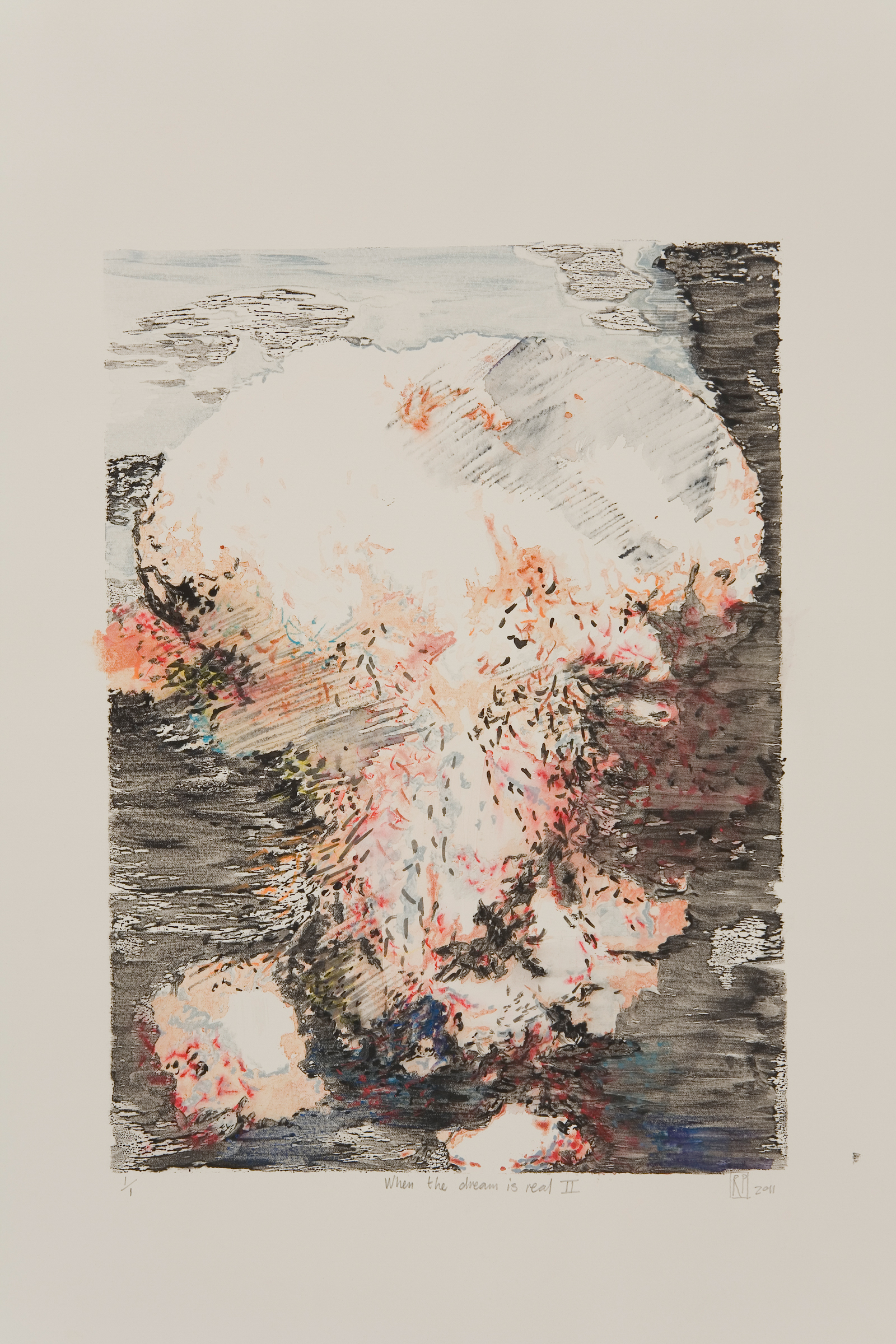 When the Dream is Real II 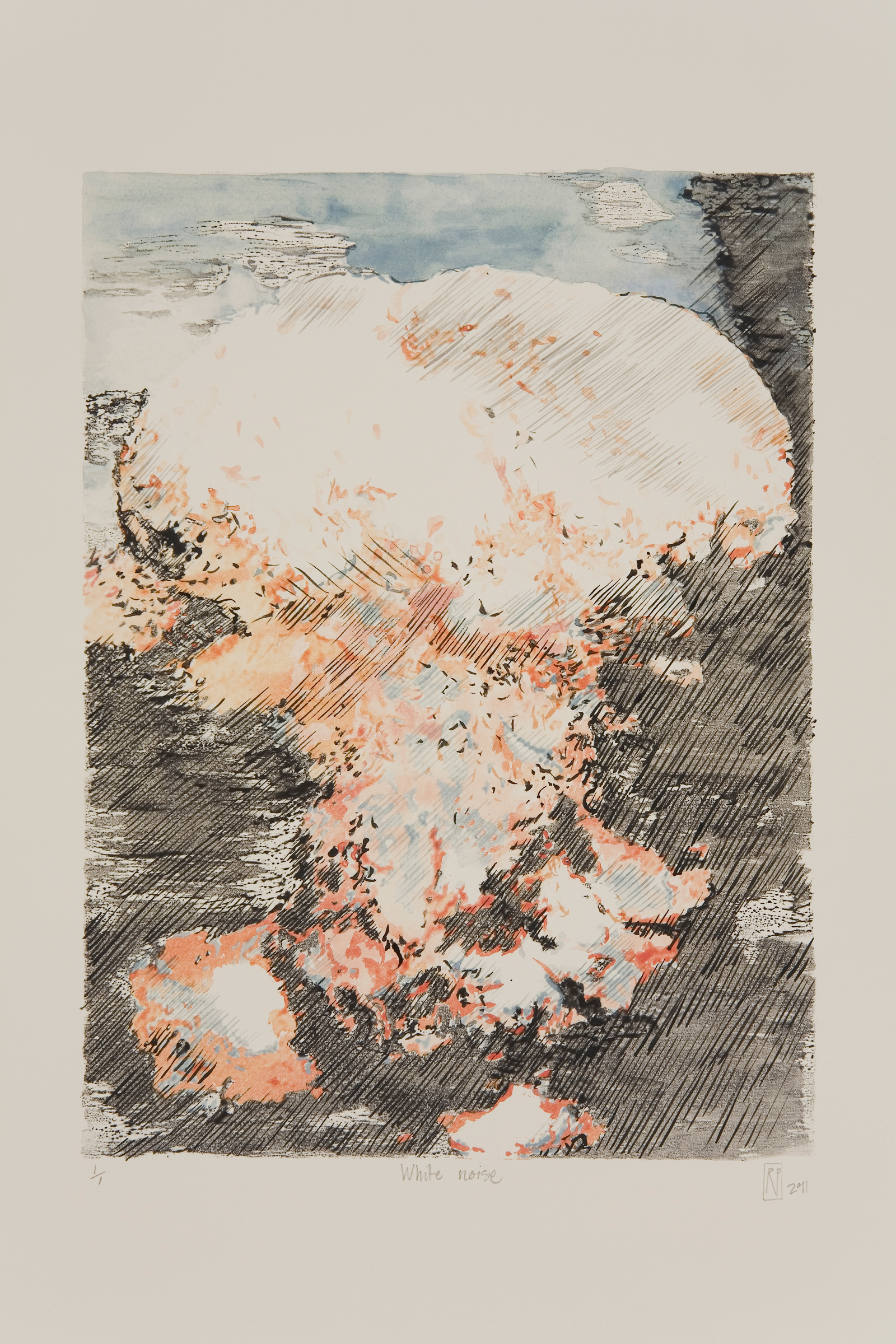 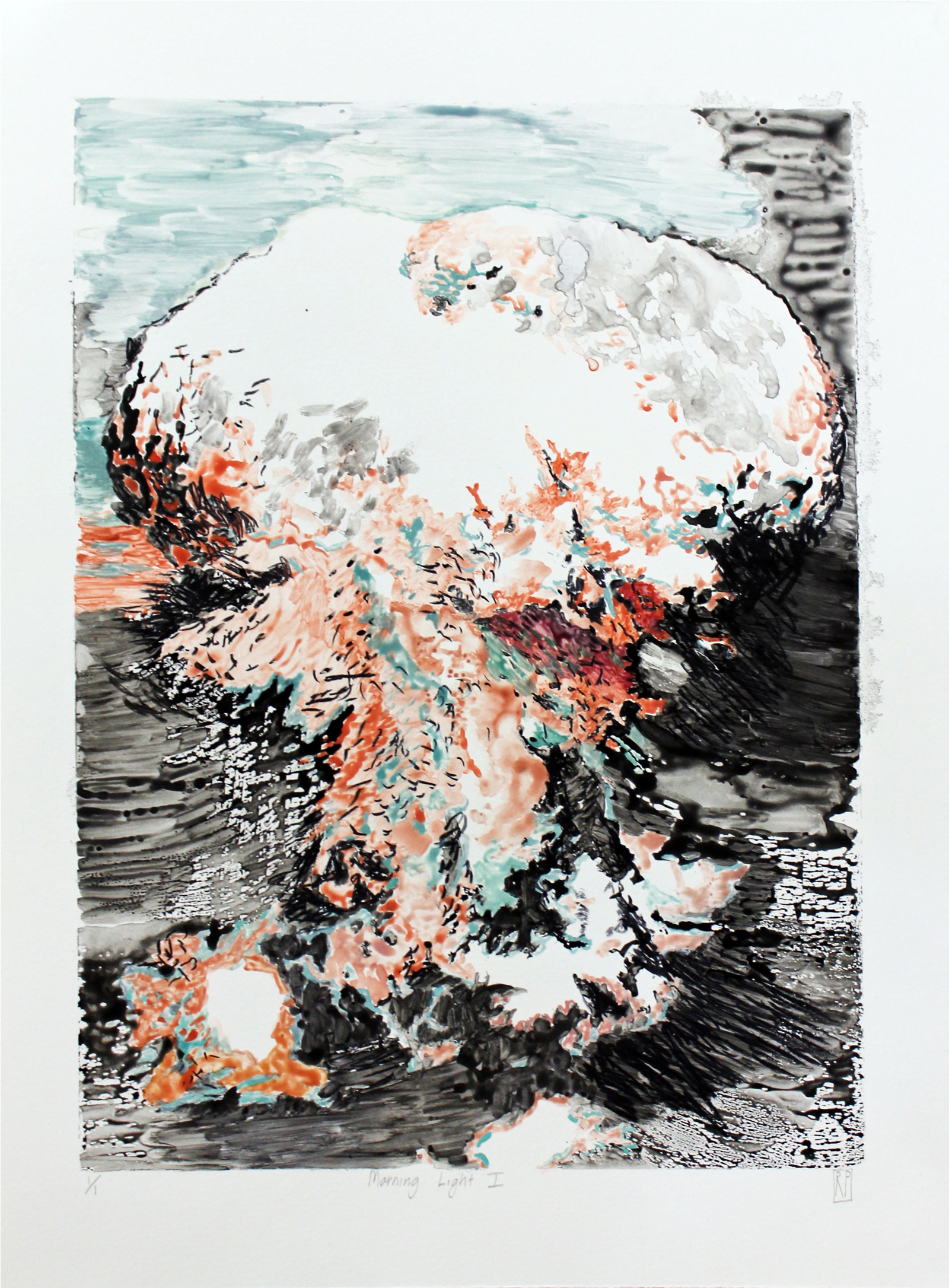 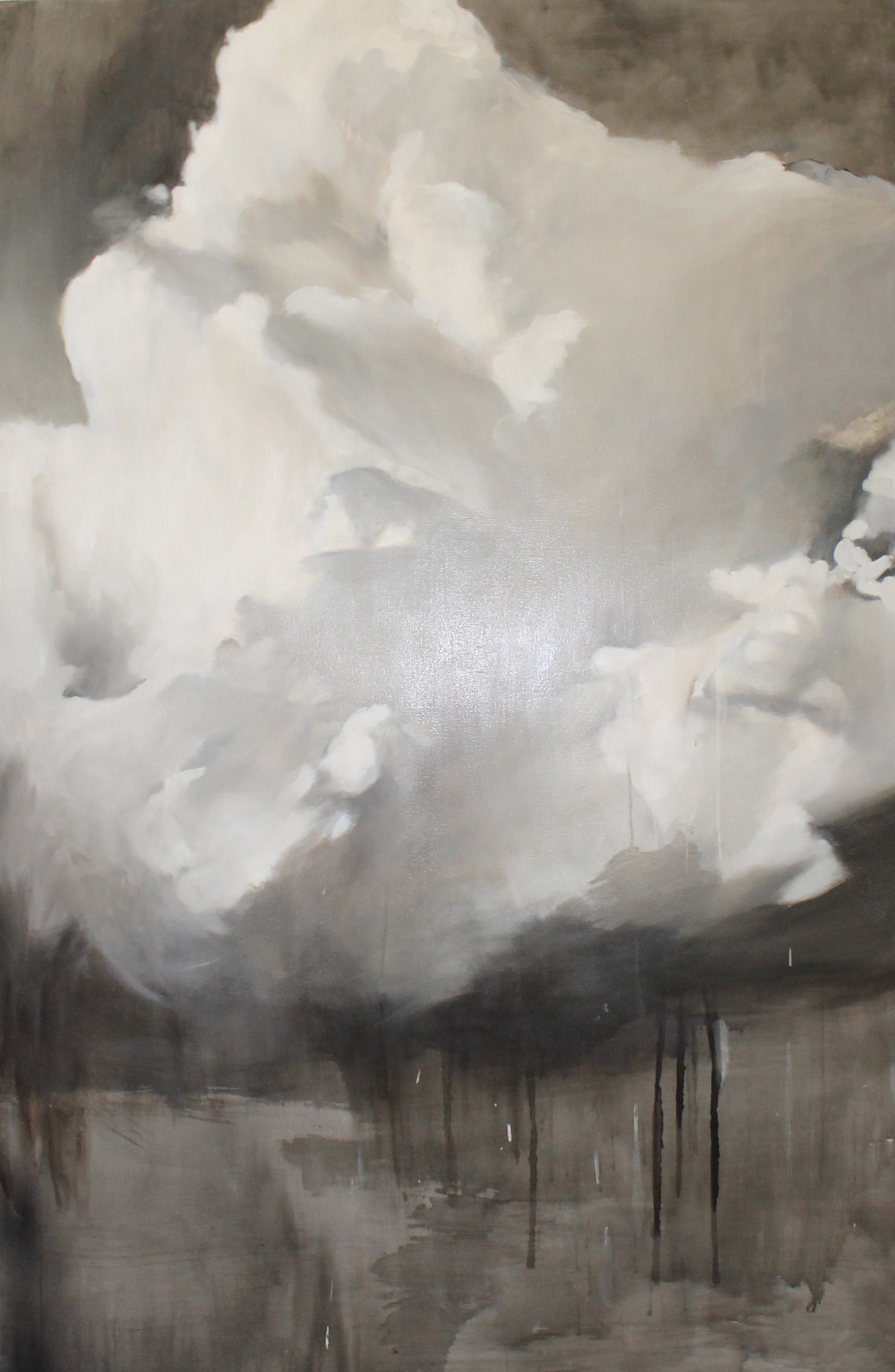 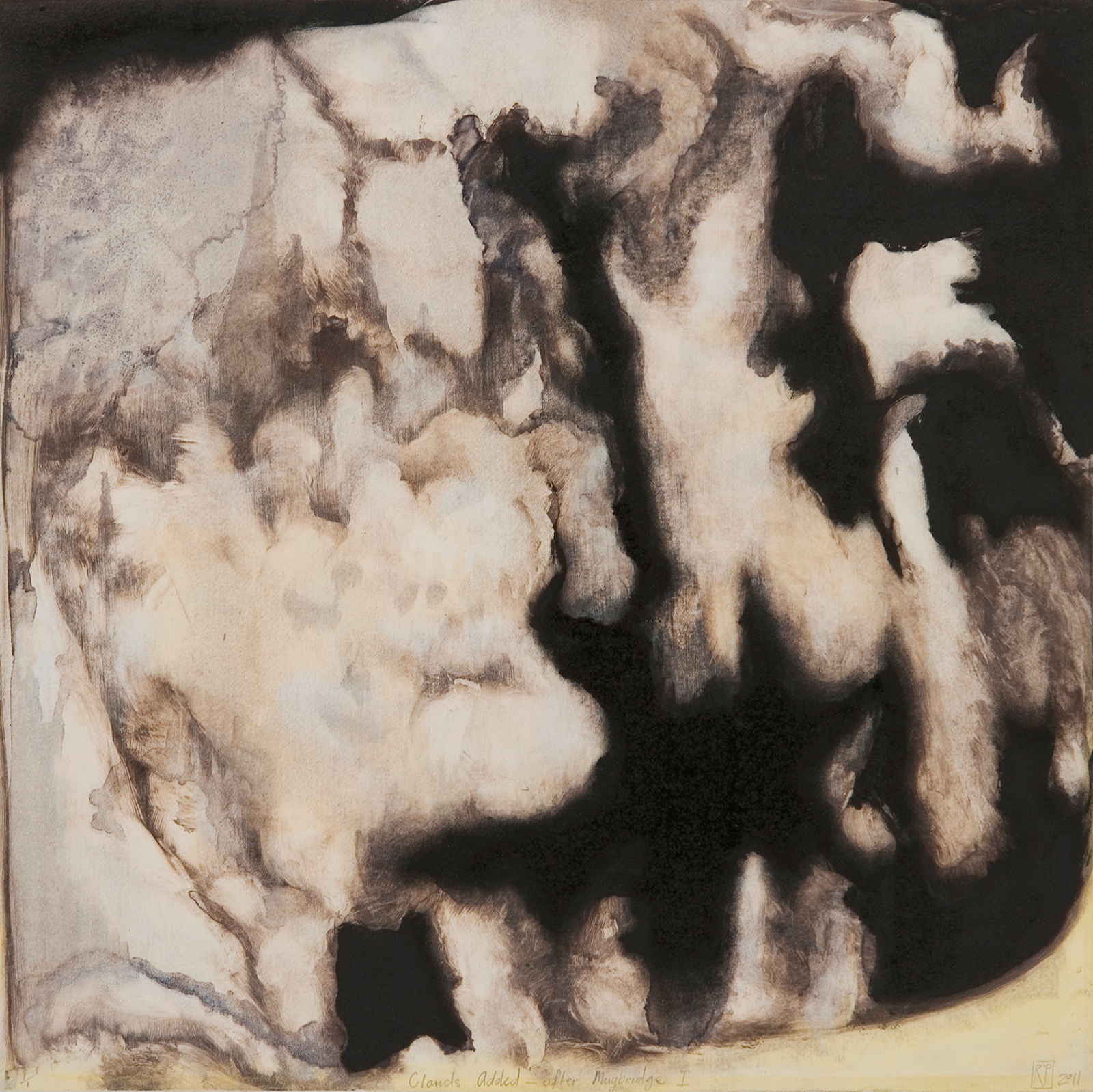 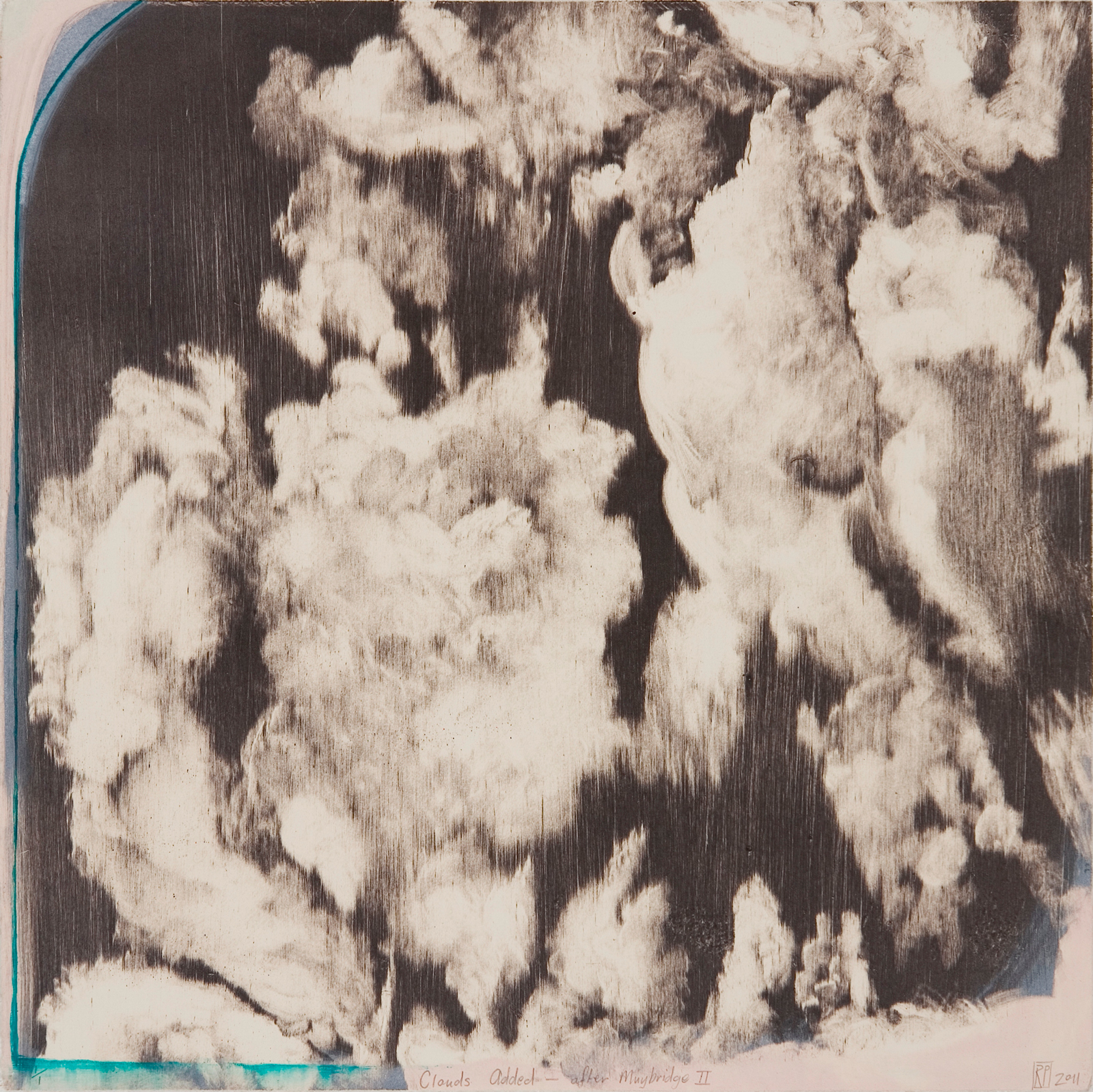