Penn consistently uses photographs as references for series of works, creating new works from the same image as a way to “push the image, coming back to it again and again; re-seeing it, re-imagining it.” Both for Pretty World and for this new work, images of clouds taken by Eadweard Muybridge have proved an appropriate starting point not only because his subject matter resonates with Penn, but also because his repetitive use of clouds is similar to her own. Working in the 19th century, Muybridge would photograph dramatic cloudscapes, which he would then add to his landscapes using a method of manual “Photo-shopping,” often re-using the same clouds in different images, in order to provide depth. For Penn, clouds present a metaphor for distraction, analogous to the provisionality and chaos of the world. They also satisfy an interest in the Romantic sublime, notably evident in the paintings of Caspar David Friedrich. Her thoughts on these overlapping refrains have led her to consider other images relating to powerful and potentially disastrous cloudscapes added directly or indirectly to the natural world by humankind. Following on from Pretty World, Penn has sourced images of mushroom clouds, shuttle launch clouds, volcanic ash and implosion clouds which, removed from their original contexts, appear as quite innocuous and very beautiful formations.

Scattered among the cloud paintings are paintings of fire escape structures. These inoffensive structures used exclusively for emergency escape fascinate Penn for similar reasons. For Penn, the metaphorical connection between the two kinds of imagery relates to the “ambiguity, openness, and indeterminacy of sky [that] cause the here-and-now to dissolve to some extent. We exit to or from, escape to or from something. In both there is always an element of hope. We no longer live in Friedrich’s naively romantic world. We live in a world of crisis where shuttles escape Earth’s gravity, the threat of mushroom clouds looms large and solitary clouds drift across blue skies.”

The ambiguities of both clouds and fire escapes are important to Penn as she has focused her interest in the science of how we see and by extension, how we make sense of the world. Specific areas within the visual cortex are responsible for seeing movement, shape and colour; information received by the eyes is broken up and synthesised into patterns and forms in a predictable way. Similarly, in reproducing images from photographic source material, Penn breaks the images up into tones, lines and shapes, according to the way that she sees them. In this body of work, rather than smooth away the evidence of this process, Penn has allowed the marks and traces of the under-painting to show through, thereby complicating the trompe l’oeil effect.

On a personal level, Penn’s daily practice in her home studio mirrors the repetitive nature of domesticity, but is also an escape from the mundane. Once her reference images are selected, working and re-working them becomes a meditation similar to the distraction of cloud gazing. In this body of work, her movement away from faithful figurative representation is also symbolic, in a sense, of an escape from realism. 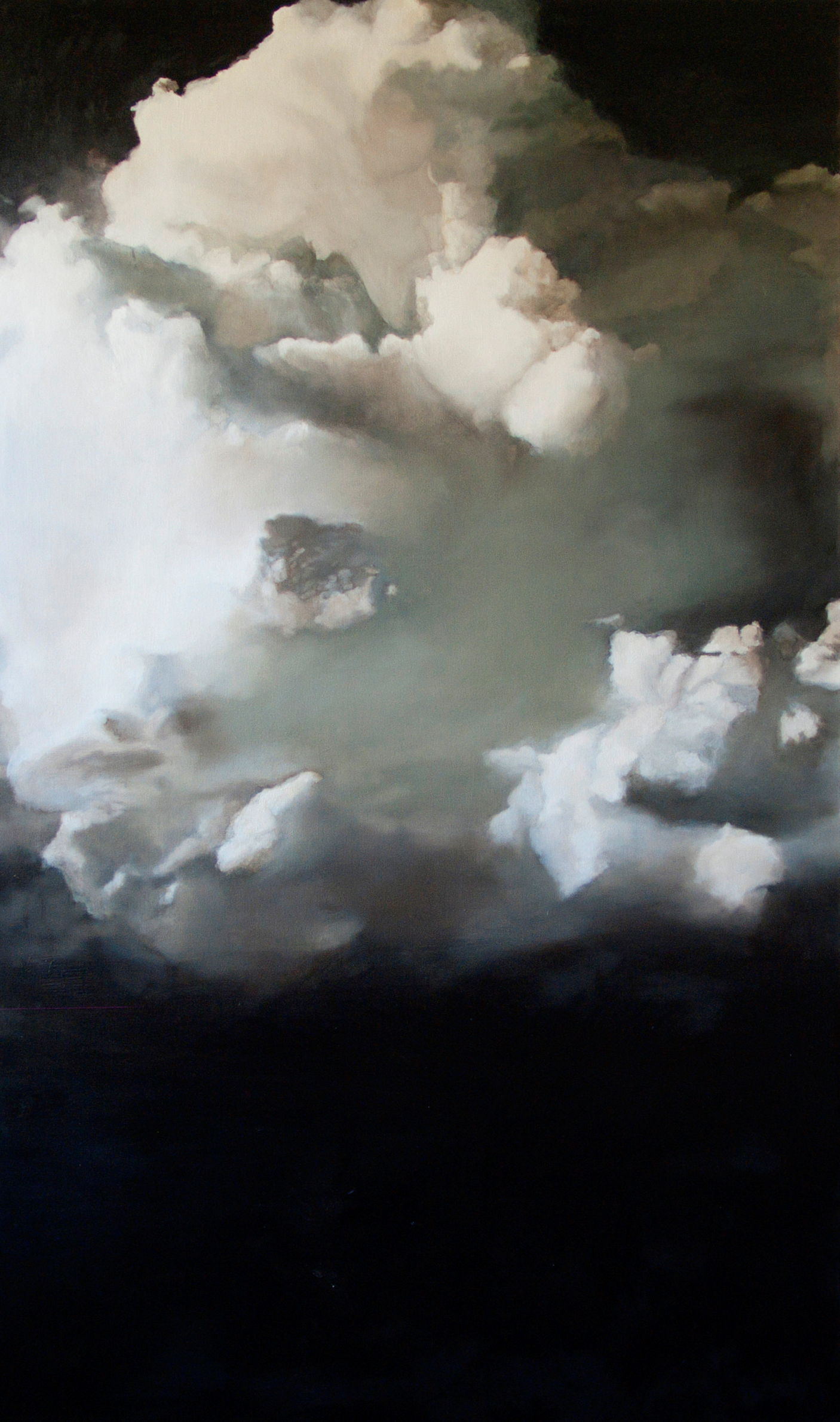 Monolith (Letter from Velázquez to Magritte) 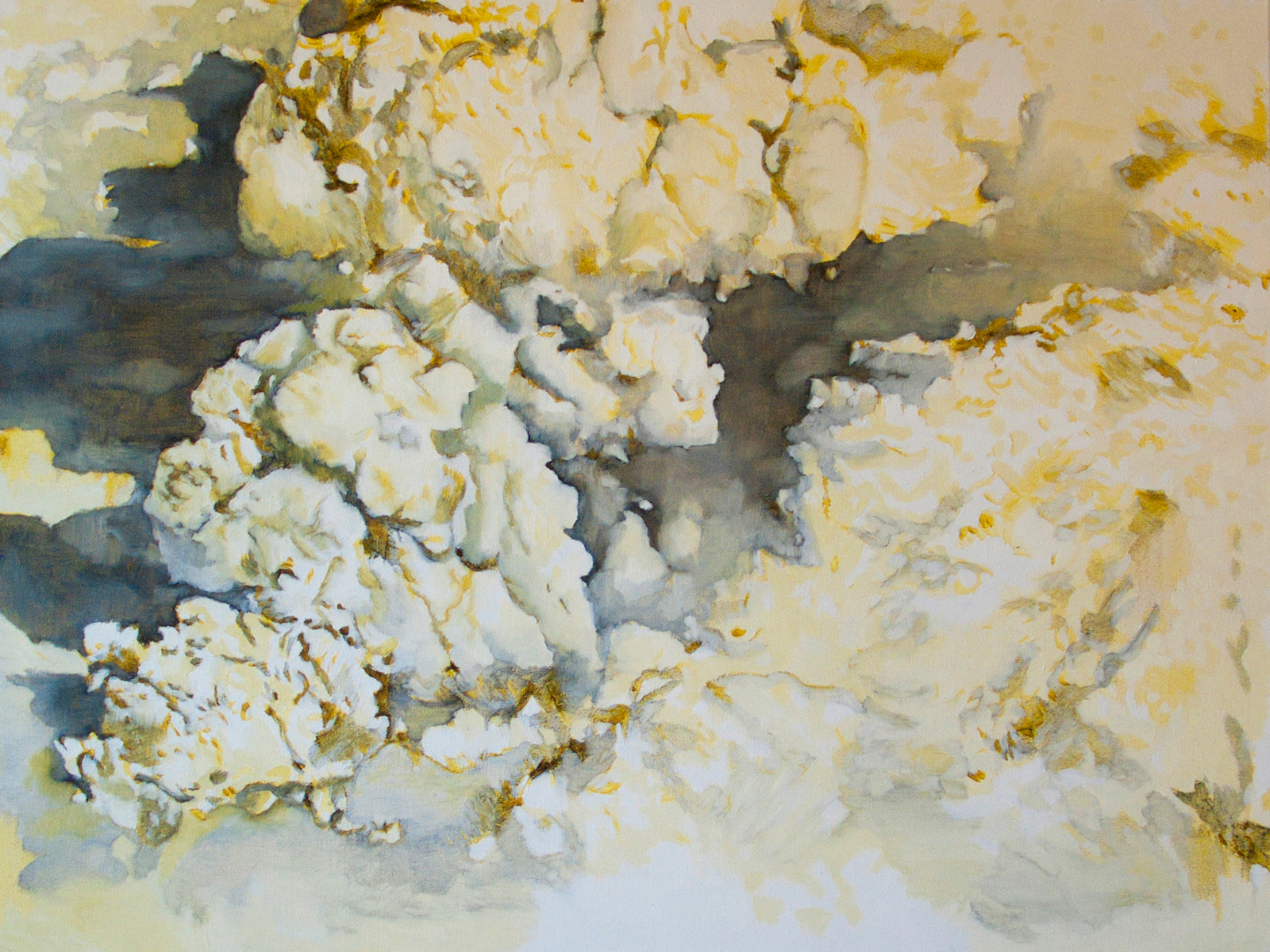 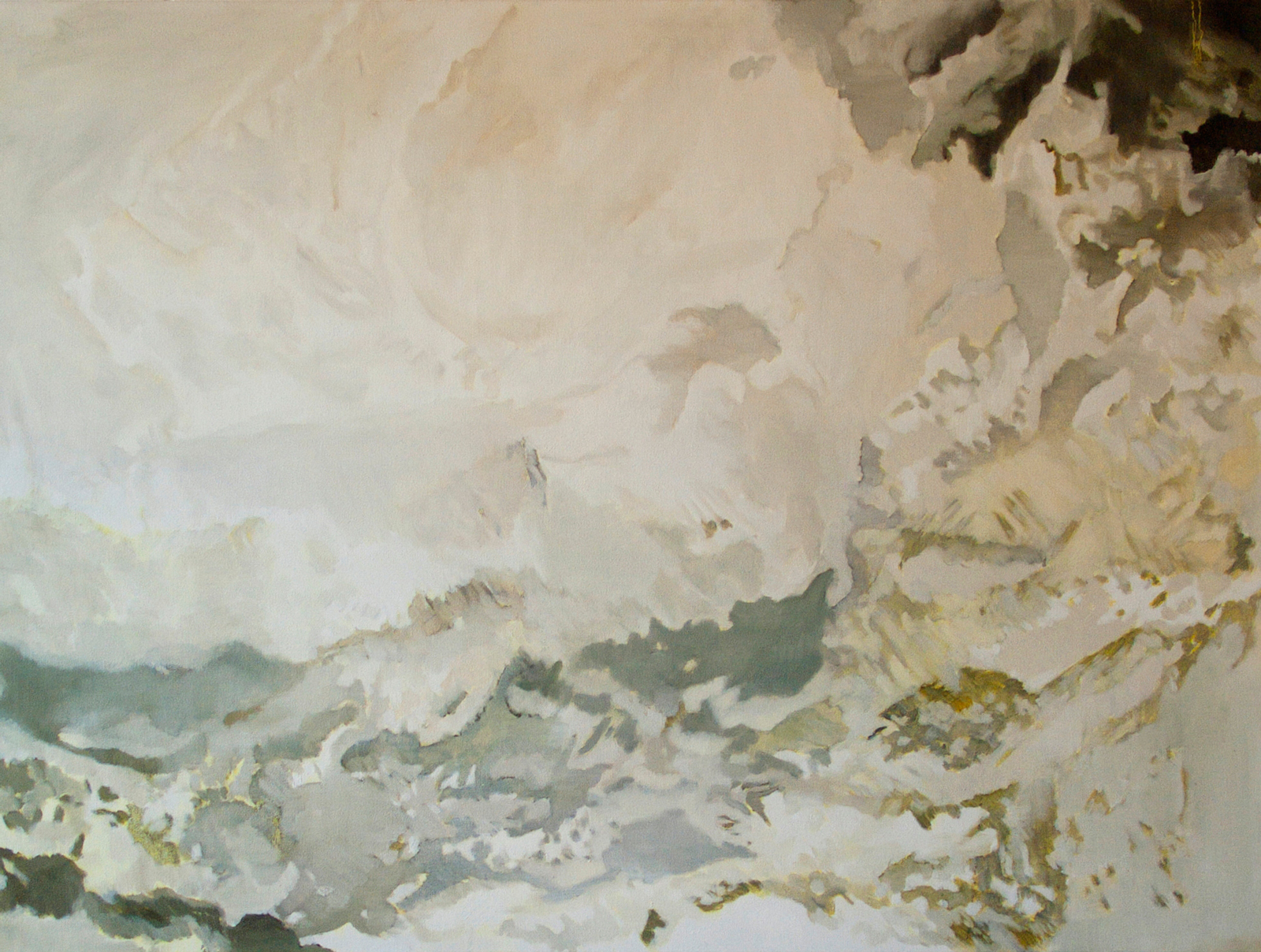 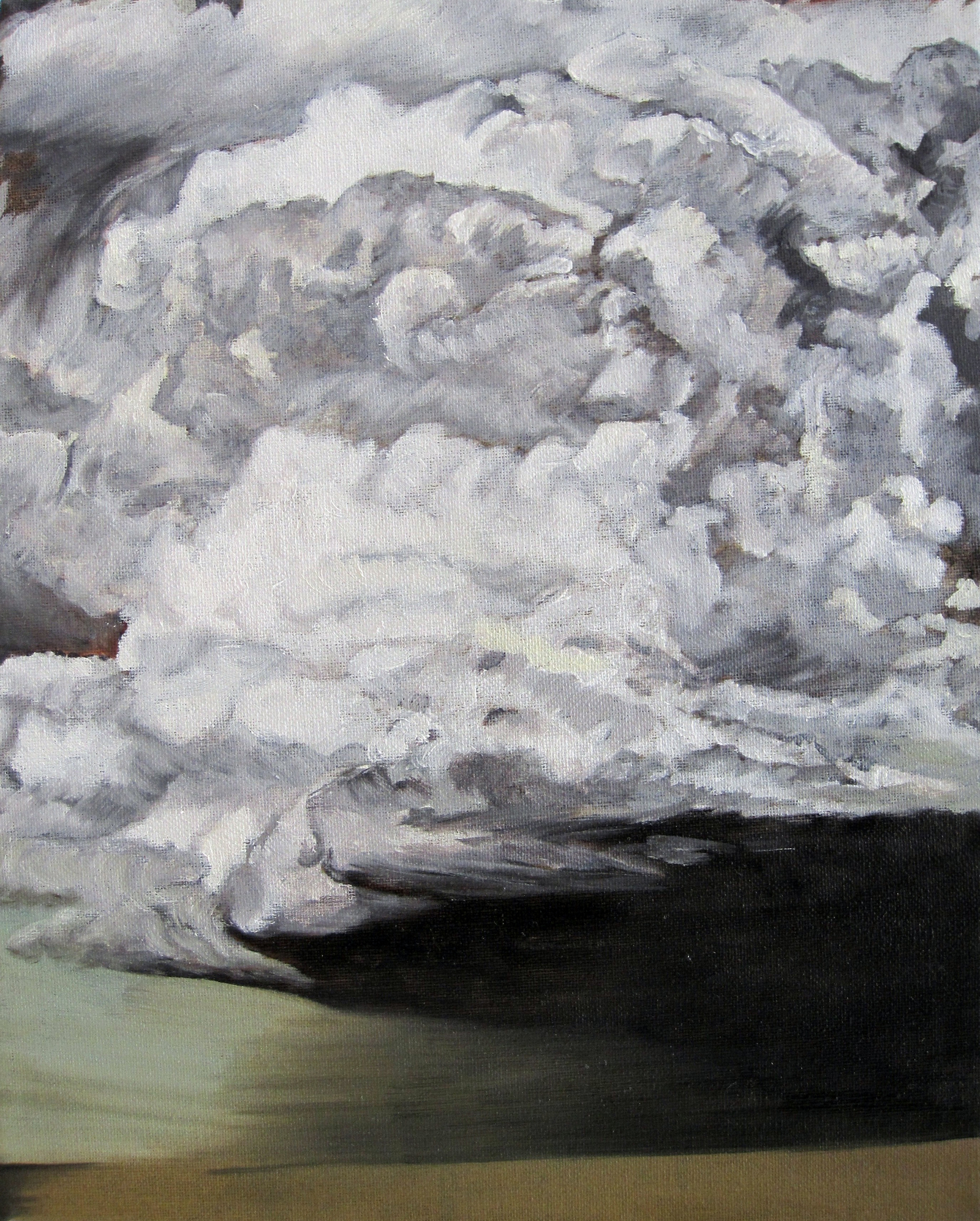 At Sea (Thinking of Géricault) 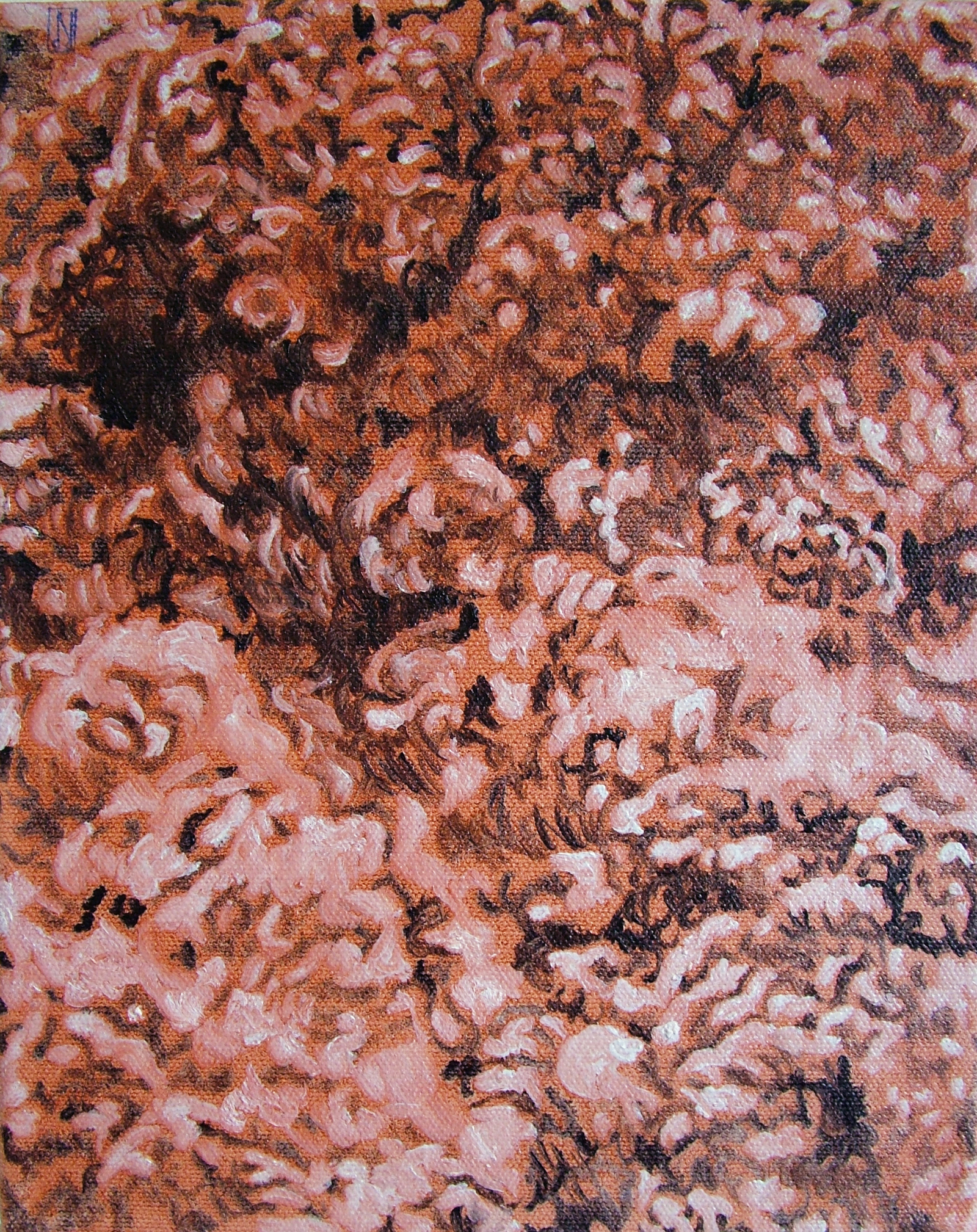 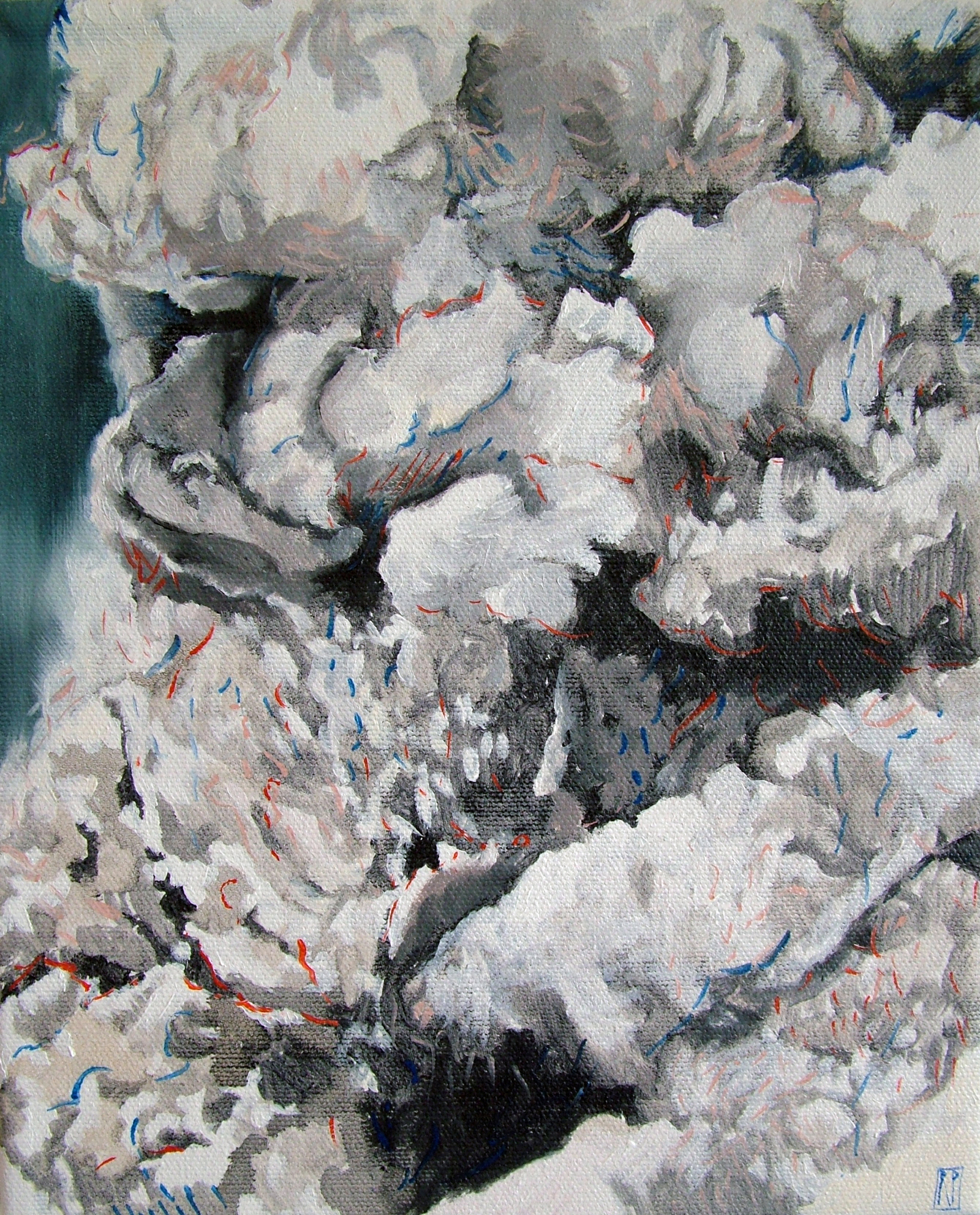 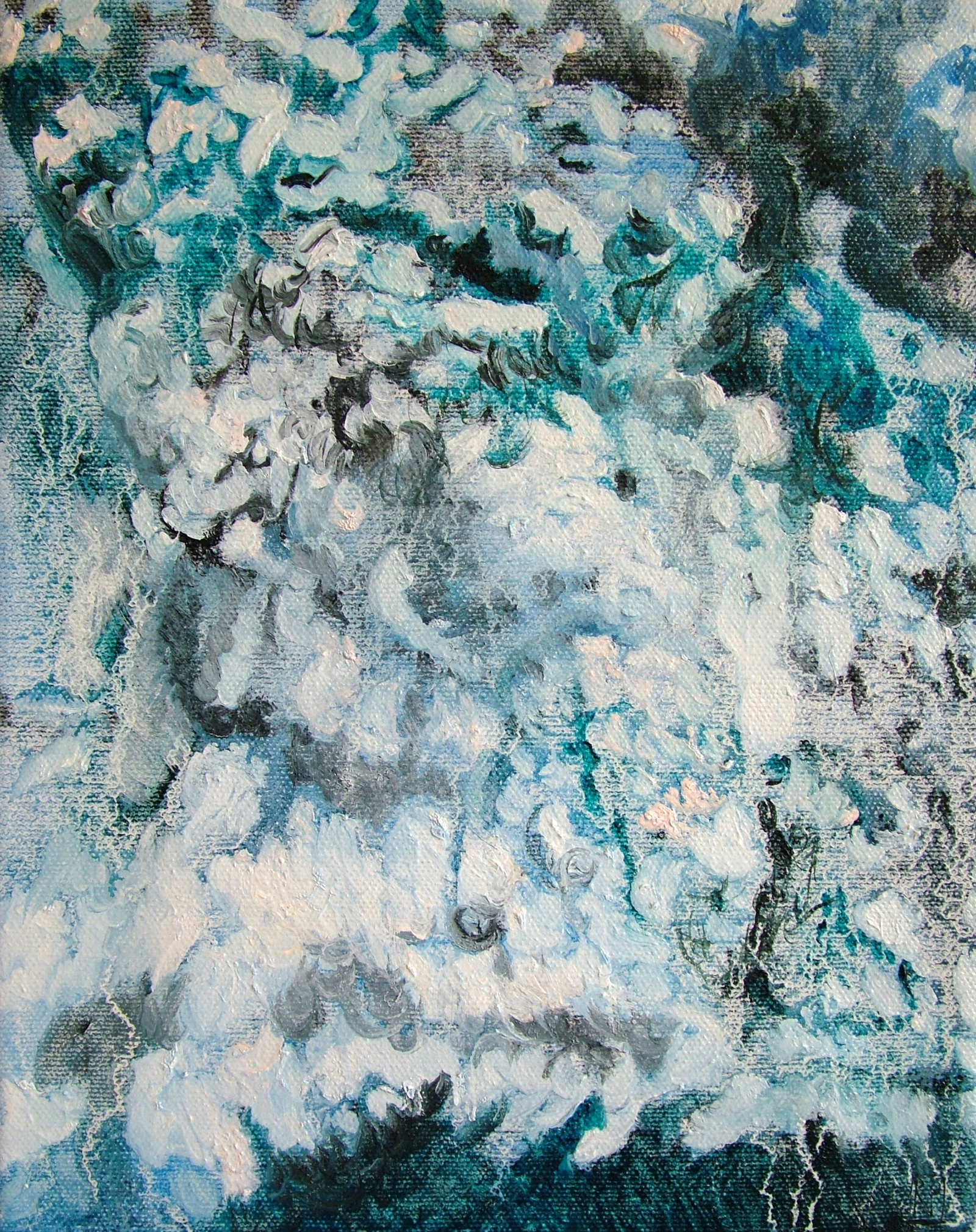 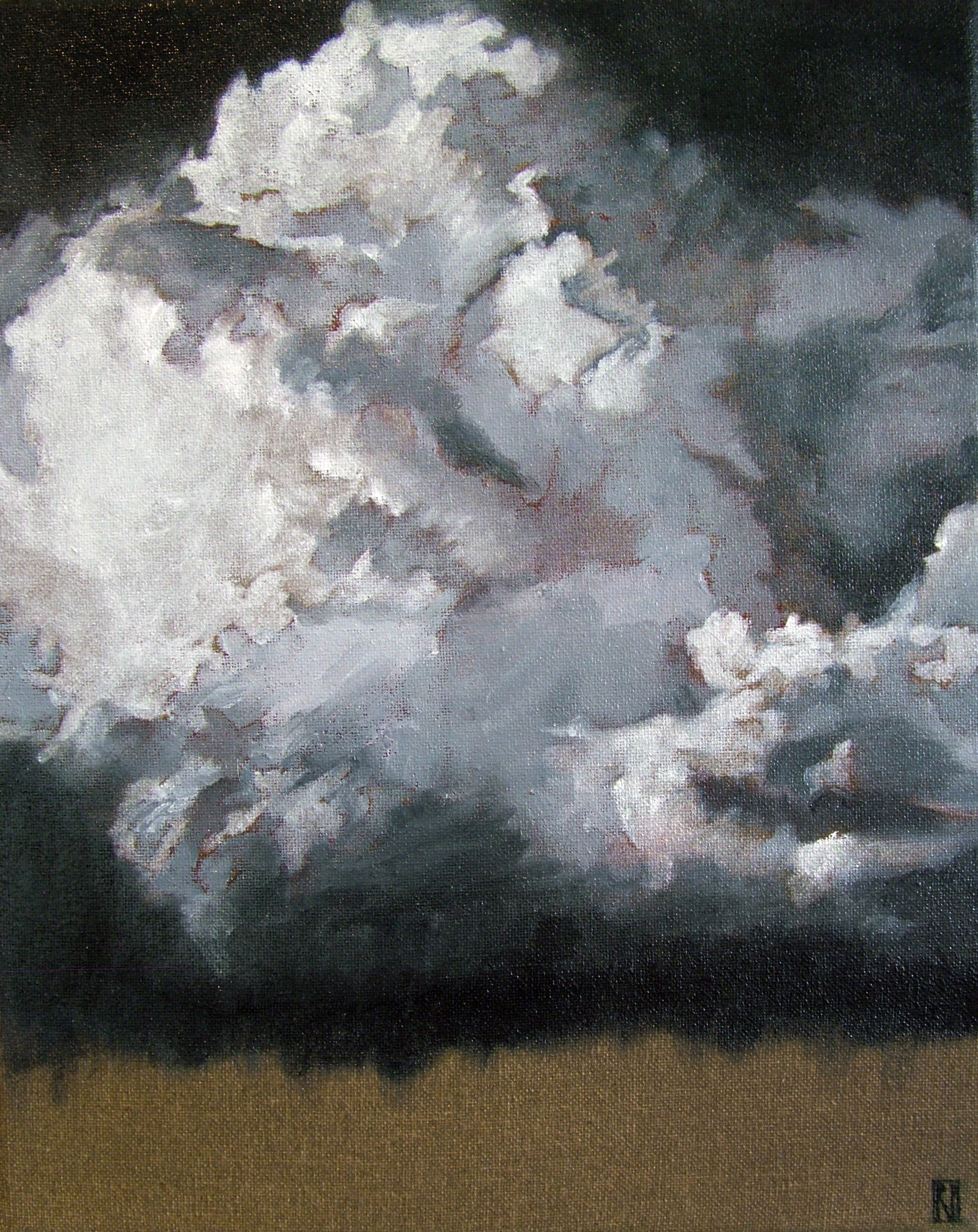 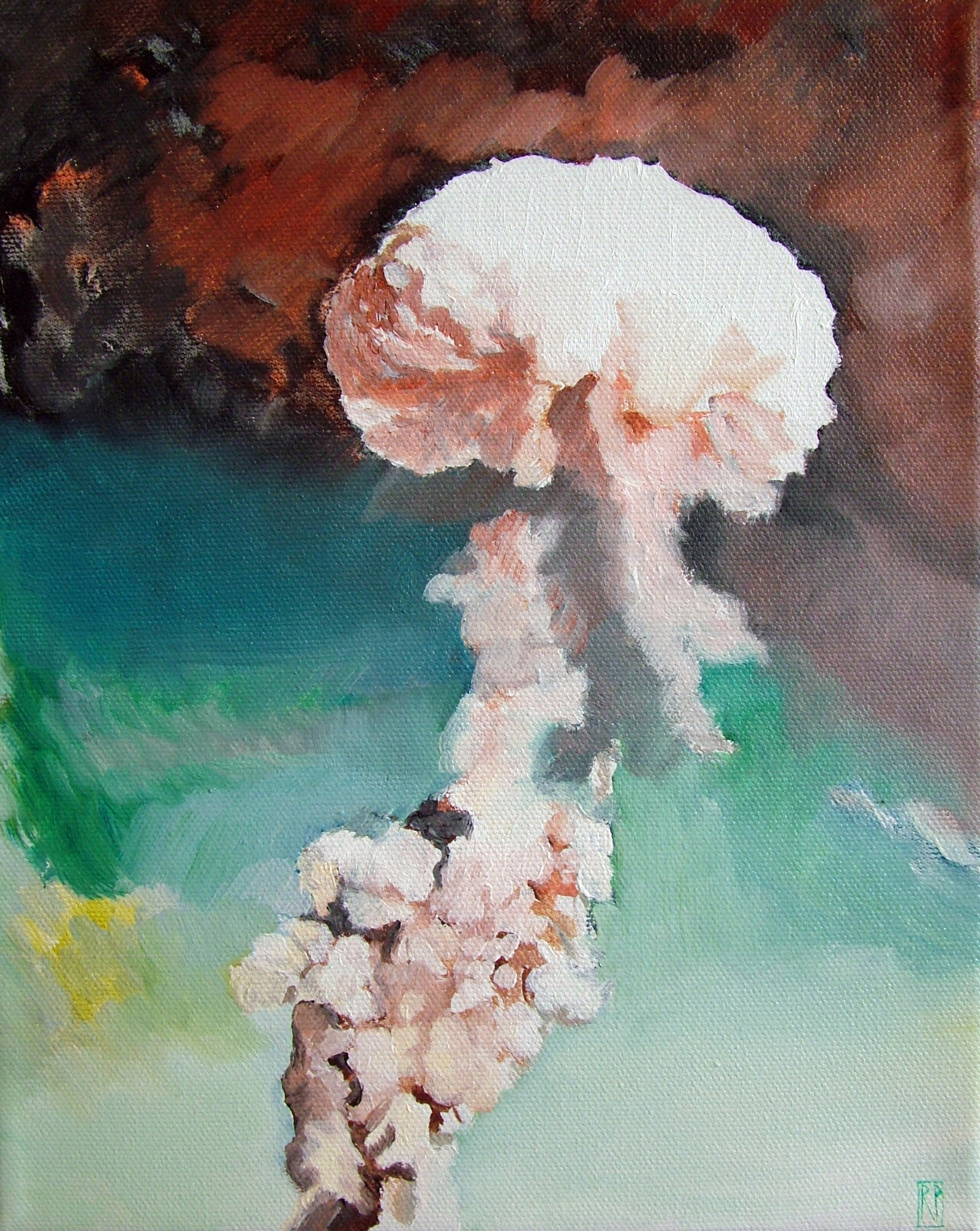 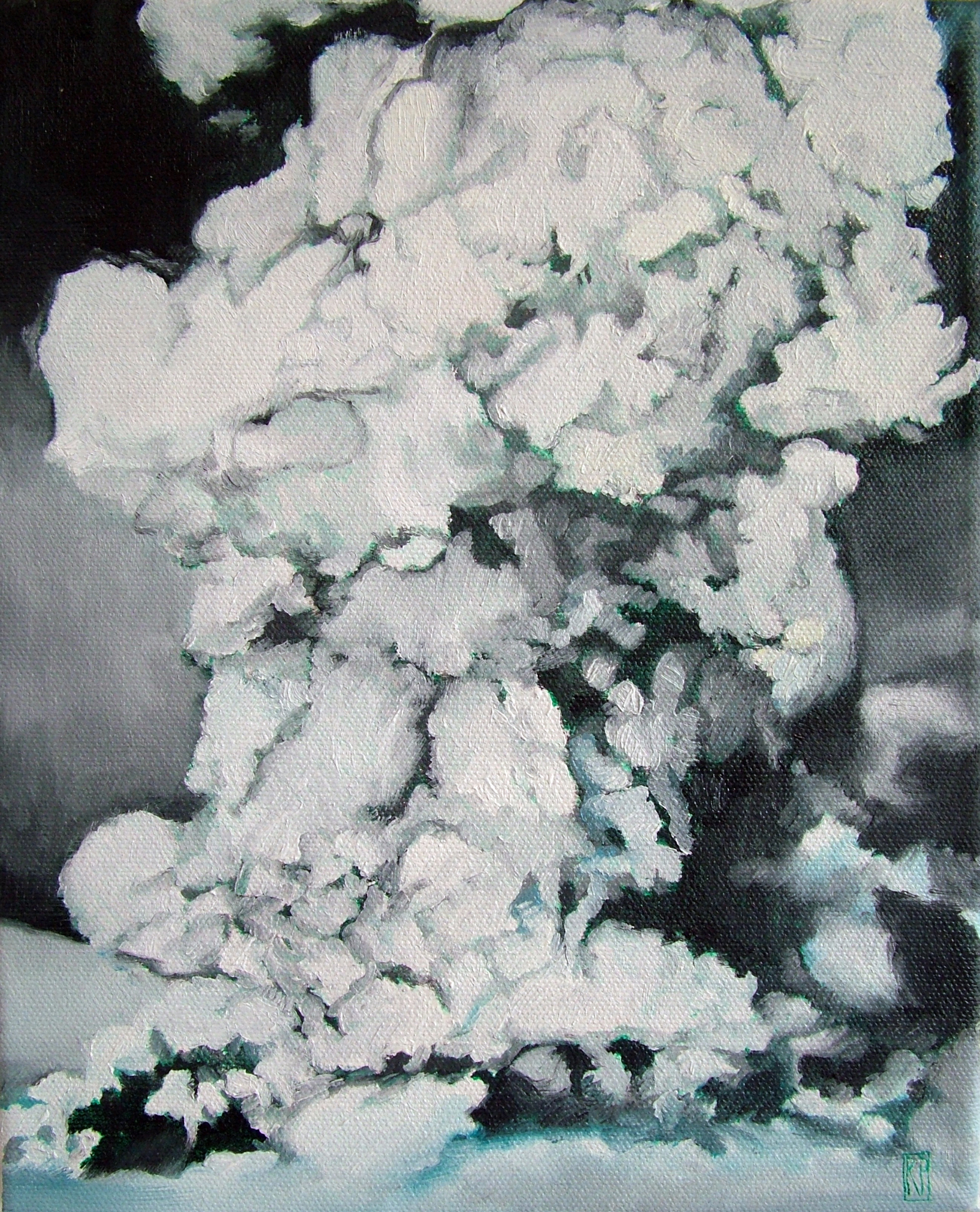 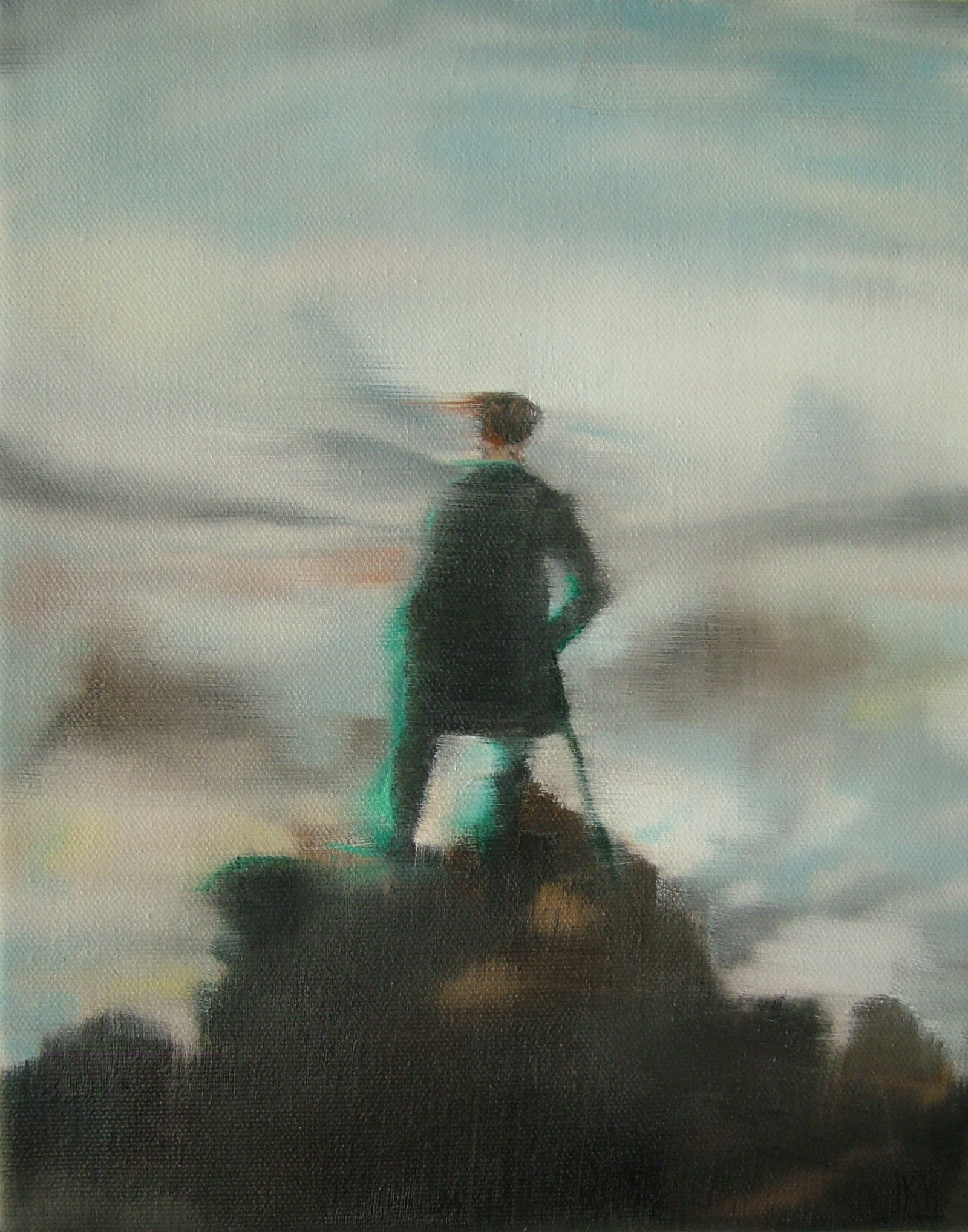 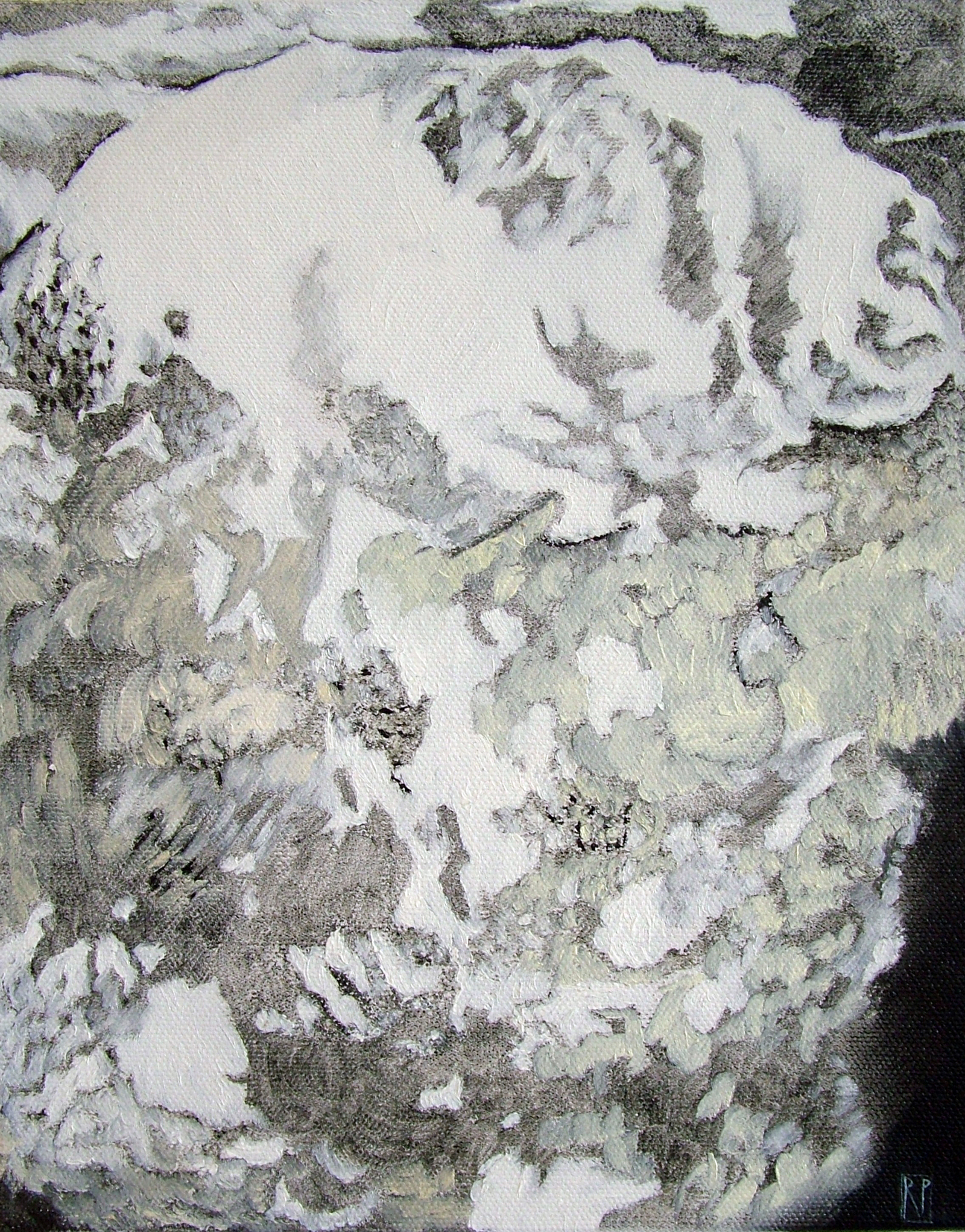 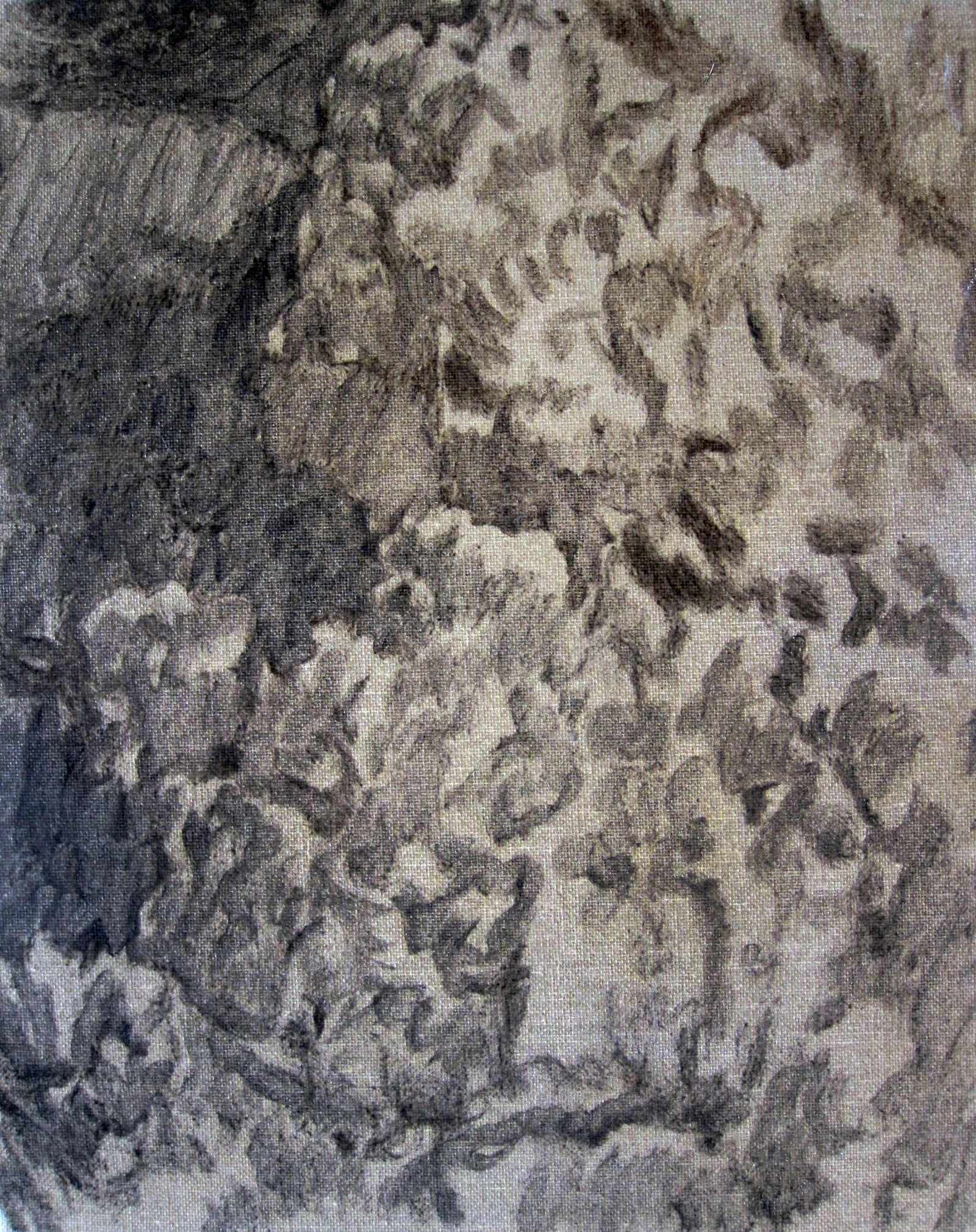 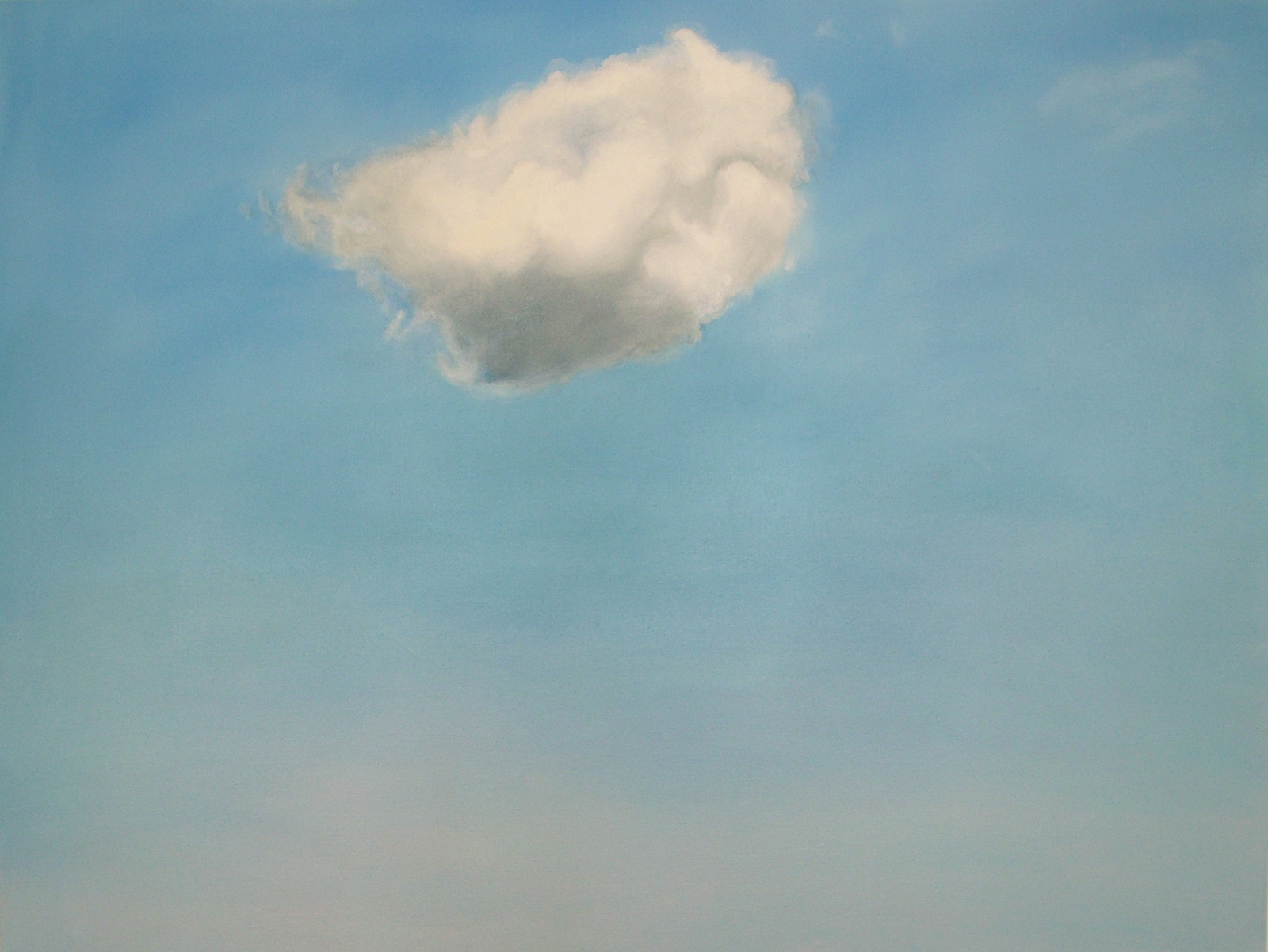